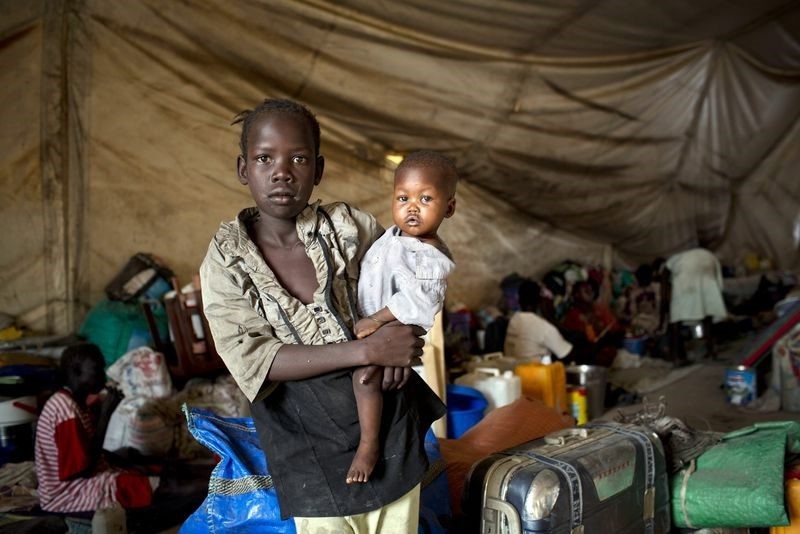 Despite huge progress made in technology, science and industry over the last century, millions of people around the world still lack access to toilets, World Health Organization (WHO) data showed.

On November 19, declared by U.N. as World Toilet Day in 2001, lack of access to sanitation was in focus.

Wastewater is the 2017 theme for the U.N. day that would be marked on Sunday, according to the U.N. website.

One of the U.S. Sustainable Development Goals is to reach everyone with sanitation, halving the proportion of untreated wastewater and increasing recycling and safe reuse.

According to World Health Organization (WHO) data from 2015, 2.3 billion people are living without a toilet worldwide while 10 percent of people meet their toilet needs out of doors.

India, which is accepted as one of world's nuclear powers, leads the chart regarding the number of people who do not have toilet in their home.

Approximately 818 million people are deprived of toilets in India. In China, the figure is 607 million, Indonesia 109 million, Nigeria 103 million and Pakistan 98 million.

The U.N. also notes that women and girls who meet their toilet needs out in the open sometimes become vulnerable to rape and other forms of sexual violence.

According to Amnesty International, millions of women and girls must walk at least 300 meters from their homes to find a suitable place to satisfy their toilet need.