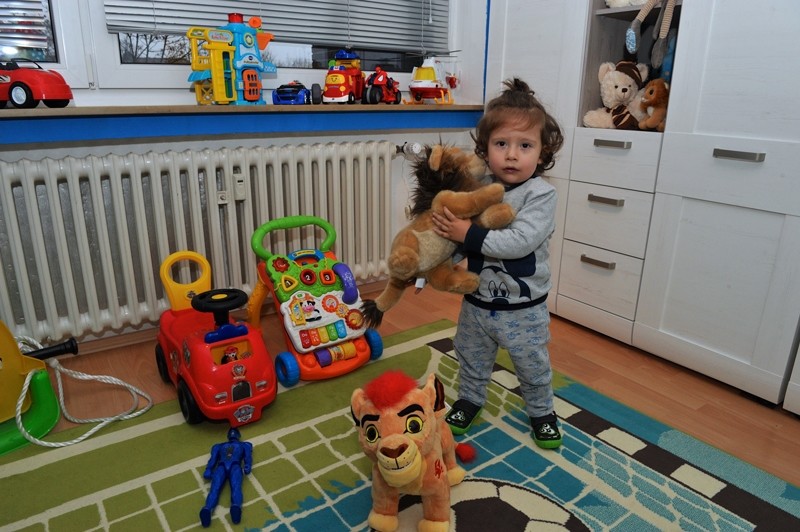 A 2-and-half-year-old boy has hung onto life in Turkey after German doctors told his family not to hope in vain, as he was sure to die.

Abdülkerim Kaymak, the son of a Turkish family in the western city of Gelsenkirchen, came into the world with a hole in his heart wall and lacking a main stem in his lung.

Since then, Abdülkerim has breathed through an oxygen tube, and many German doctors saw surgery as very risky and costly, with the insurance company refusing to cover the costs.

However, the family held onto their hopes and started to raise money for the surgery through social media, and later met Dr. Afksendiyos Kalangos, a distinguished Turkish-born ethnic Greek heart surgeon.

After meeting the surgeon, Abdülkerim has undergone three operations -- one in Greece and two in Turkey -- and now he is breathing without an oxygen tube and getting better.

Funda, his mother, said: "Now we'll have one or two more surgeries. After these surgeries, we hope that our son will be completely healthy."

"After a loss of functioning in the left side of his lungs, we didn't give up, even though the doctors in Germany told us, 'Your son won't survive, you shouldn't hope'," the mother said.

The father also blamed the insurance firm and the doctors who claimed there was no way to treat the boy's condition.

"This child doesn't need surgery," the father said the doctors and insurance company told him.

"Go home, live as long as he can live, we would do it here if it would bring relief," he remembered them saying.

But the mother said: "Despite everything, we never lost our hope."

Abdülkerim is now 70 percent healed, said the father, as thanks to Allah we found Dr. Kalangos.