Most daily smokers get hooked after first cigarette, study finds 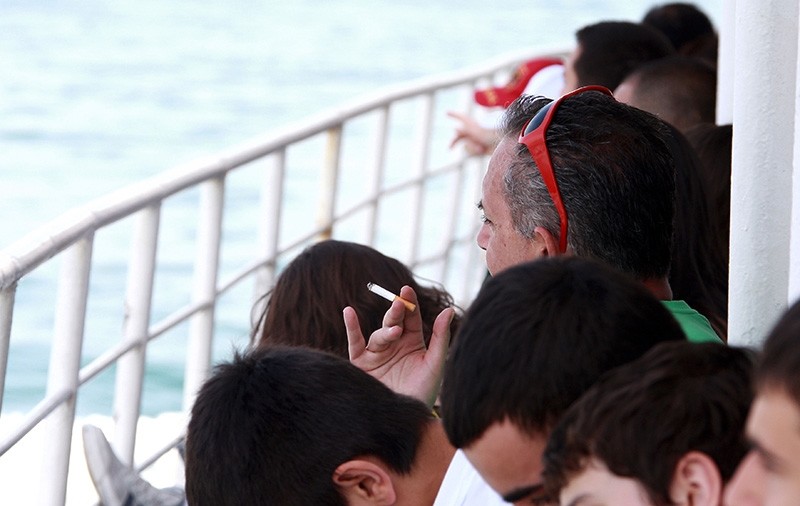 More than two-thirds of people who try cigarettes once become daily smokers, even if only for a short time, a new study suggests.

Research gathered from 215,000 survey participants in the U.S., U.K, Australia and New Zealand showed 60.3 percent of people had tried smoking cigarettes, and of those who tried it, an estimated 68.9 percent picked up a daily habit.

The authors of the study said the research pointed to the "remarkable hold" cigarettes can have on their users from the first try.

"We've found that the conversion rate from the first-time smoker to the daily smoker is surprisingly high, which helps confirm the importance of preventing cigarette experimentation in the first place," lead researcher Peter Hajek of Queen Mary University of London told BBC.

This is the first time a link between trying cigarettes and establishing a smoking habit has been demonstrated with such a large data set, Hajek added.

The study, published in the journal Nicotine & Tobacco Research, compiled data from eight surveys carried out between 2000 and 2016 and recorded in the Global Health Data Exchange.

However, the authors point at the study's limitations.

For example, among the eight surveys, each revealed different percentages for those who became daily smokers, ranging from 52 percent in the U.S. to 82 percent in the U.K., meaning the two-thirds estimate was a weighted average, not a standard proportion.

Recent analysis by the World Health Organization (WHO) on cigarette consumption in Turkey shows a slight decline in the last decade, despite $85 billion spent on the tobacco industry in the past 10 years.

In July 2009, the Turkish government, at the initiative of then-prime minister Recep Tayyip Erdoğan, banned smoking inside all indoor spaces. Turkey's health ministry has carried out multiple anti-smoking initiatives since then, including awareness campaigns and increased enforcement against violators of the indoor smoking restrictions.