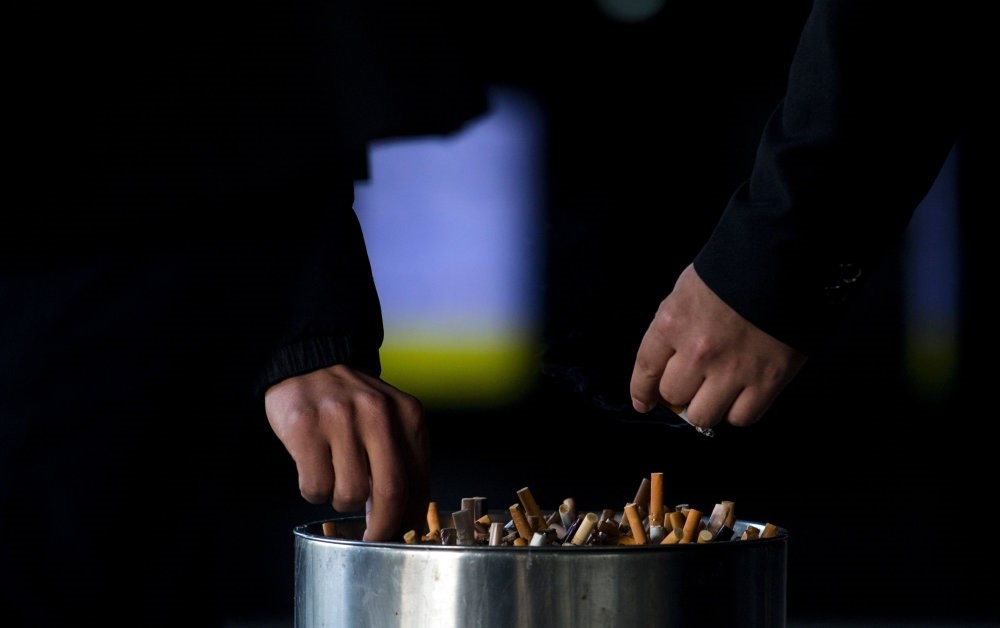 Just one cigarette a day carries nearly half the risk for heart attack and stroke as smoking a full pack of 20, according to a large-scale study published Thursday.

"If someone smokes one cigarette instead of 20 per day, intuitively we'd think that the risk drops to 1/20, or five percent," said lead author Allan Hackshaw, a professor at University College London, whose paper analyzed 141 previous studies.

"This seems to be the case for lung cancer, but is not true for heart attacks and stroke, where one cigarette per day carries around 50 percent of the risk of a pack a day," he told AFP.

Smokers should not be fooled, in other words, into thinking that a few cigarettes a day - or even just one - carries little or no long term harm, he added.

"Whilst it is great that smokers try to cut down - and they should be positively encouraged to do so - in order to get the big benefits on cardiovascular disease they need to quit completely," he said by email.The findings were published in the medical journal BMJ.

Tobacco kills about seven million people worldwide every year, according to the World Health Organization.

About two million of those deaths are due to cardiovascular disease, mainly coronary heart attacks and stroke.

Earlier research suggested that smoking a few cigarettes a day was linked to a higher-than-expected risk of heart disease, but findings were inconclusive.

To probe deeper, a team of scientists led by Hackshaw analyzed the results of 141 studies, estimating the relative risk of one, five or 20 cigarettes a day.

They found that men who lit up once a day had 46 percent of the excess risk of heart disease associated with smoking a full pack a day, much higher than expected. For strokes, the excess risk was 41 percent.For reasons that are not fully understood, the risk for women was somewhat smaller - 31 and 34 percent, respectively.

"It could be a mixture of biological difference and differences in lifestyle," said Hackshaw.

"This well conducted study confirms what epidemiologists have suspected but few among the public have," commented University of Oxford professor Paul Aveyard, who was not involved in the research.

"The implication is obvious - anyone who smokes should stop."

At the same time, he added, it would be wrong to conclude that cutting down is useless.

"There is more reason to believe that lower cigarette consumption will reduce the risk of chronic lung disease and lung cancer, the other two big causes of early death from smoking," he said via Britain's Science Media Centre.