Take a dip in Yozgat's Basilica Therma this winter 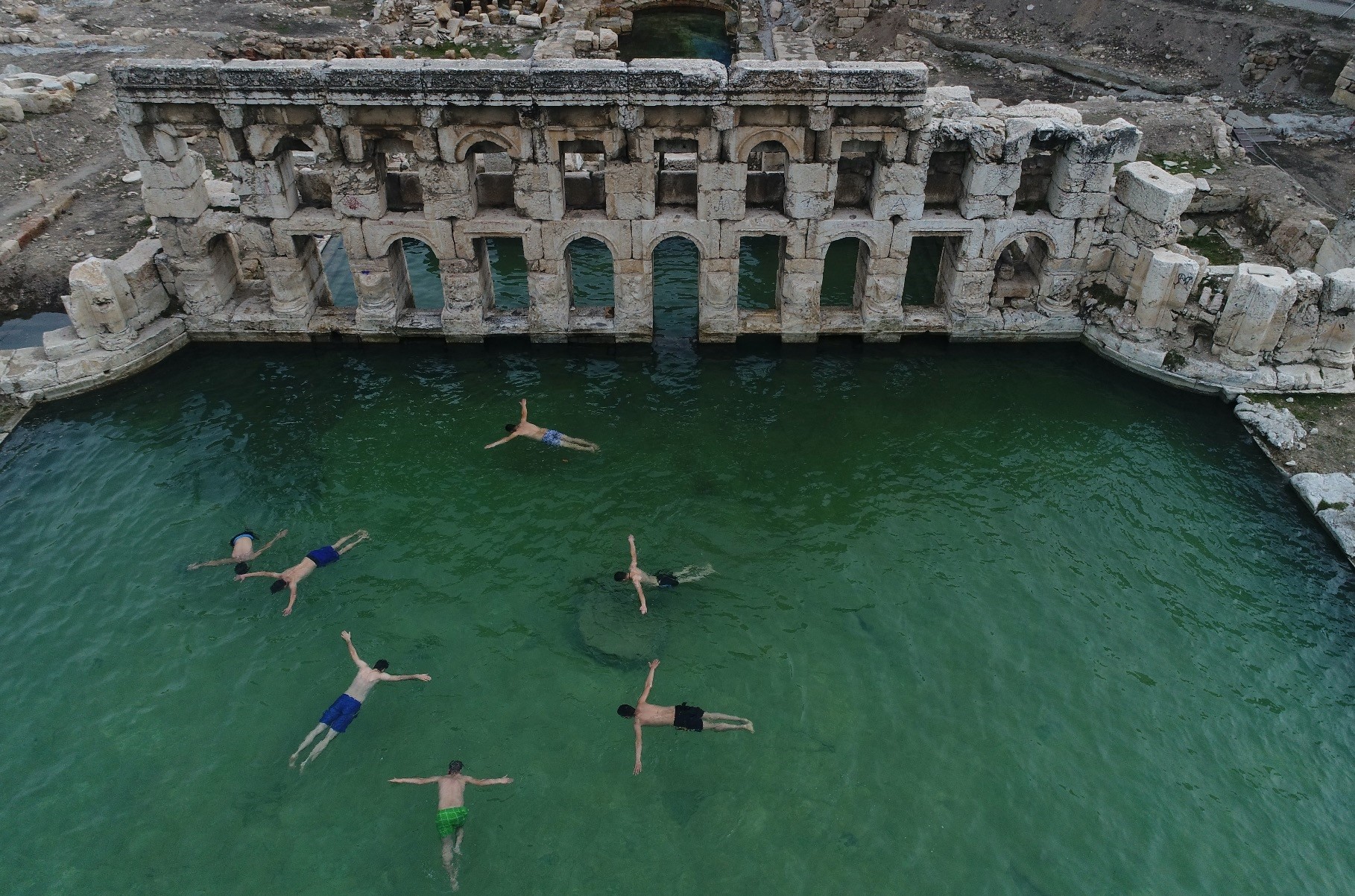 The Roman bath Basilica Therma in Yozgat's Sarıkaya district, locally known as "Kral kızı," (king's daughter) is admired for its historical features, architecture and healing water, which has been flowing for over 2,000 years.

According to historians, the Roman bath is believed to have healed a terminally ill daughter of a Roman emperor, who once lived in Kayseri province.

The ruins were unearthed during excavations carried out by Sarıkaya Municipality and the Provincial Directorate of Culture and Tourism in 2014.

Respected for its beautiful architecture, the ancient bath is still a popular attraction thanks to its thermal pools, which are self-supplied by a series of unique underground hot springs.Known for its healing attributes, the bath's water reaches the surface at 50 degrees Celsius, making it possible to swim in the pools in the middle of the winter.

Sarıkaya Municipality Mayor Ömer Açıkel told Anadolu Agency that the bath is one of only two structures in the world with a natural flow of thermal water.

Noting that it is the only bath of its kind in Turkey, Açıkel said: "There are semi-Olympic pools in front of the Roman bath. This place was previously closed, and there were buildings on it. The pools were unearthed in excavations after the local government acquired the property. The pools are in pristine condition and the water temperature is nearly 51 degrees Celsius."

The water is warm enough for swimming even in the middle of the winter and the steam hovering on the pool surface creates a beautiful sight, he said.

Açıkel claimed that the bath's thermal springs have some of the most powerful healing waters in the world.

"The bath was also used to treat medical conditions even in the Roman period. Sculptures of the Roman goddesses of health and cleanliness used to adorn the columns. The healing powers of the spring have been celebrated for centuries and because the water is constantly flowing, the minerals in the water are not diluted when cold water is added."

"Scientists from Hacettepe University and the Gülhane Military Medical Academy have proved the water's healing properties," he said.

Enjoying a dip in the pools, swimming coach Mehmet Eren and his students said they love coming to the 2,000-year-old Roman bath in the middle of the winter.

Seyit Uçar, a professional athlete, said that swimming in the hot water in the winter has proved to be very healthy.

"I would recommend it to everybody. This place is really beautiful. I hope it will be opened to the public soon."