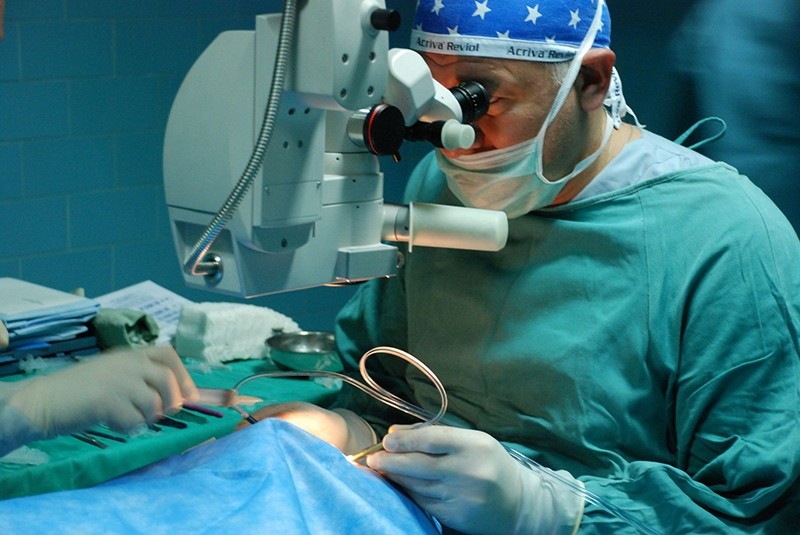 "Turkey, one of the largest economy among Islamic nations, also provides eye examinations and 10 million free glasses," he said at the official launch of the Second Generation of the Alliance to Fight Avoidable Blindness (AFAB-2) in the IDB's 43rd annual meeting, in the Tunısian capital Tunis.

Initially, the IDB had created a $30 million fund that would allow 100,000 cataract surgeries to be performed and would provide glasses to a million children in Africa.

But after Turkey offered to conduct 1 million more cataract surgeries by 2022, he said, adding it was still insufficient given the needs.

Millions of people are suffering from cataract, glaucoma, retinopathy and other eye diseases in Africa and are expecting to be treated, he underlined.

In order to achieve this goal, Turkish doctors will be sent to various African countries.

Turkey is also planning to provide training services for 10 healthcare professionals from each target country for this purpose, he stated.

IDB President Bandar Hajjar added: "About 33 million people in Africa suffer from visual impairment while nearly 75 percent of these cases can be prevented or treated, especially those related to cataract."

Hajjar said the bank expected other member countries to follow Turkey's move and scale up their efforts in order to achieve the sustainable development goals.

"I call upon all IDB partners to support the Alliance with the aim of restoring sight for our brothers and sisters. It is a challenge to fight blindness but the collective efforts of all stakeholders, we are able to achieve our goals of ending blindness," Hajjar added.

Gümüş told Anadolu Agency that Turkey will create an automatic control system named "Health Africa," which was launched in September to keep records of patients in Africa.

"We will send coordinators to Africa and we will work together with NGOs, our Health Ministry and ministries of other countries who want to help this project," he said.

He stressed that Turkey and the IDB would build and revise operating rooms in the region.

Within the scope of the project, 10 million children, who suffer from visual impairment, will be given glasses until the end of 2018, he added.

He underlined that Turkey aims to educate ophthalmologists in these countries as well as in Turkey.

"Our goal is to train doctors who will solve health problems in their countries in the future," he added.