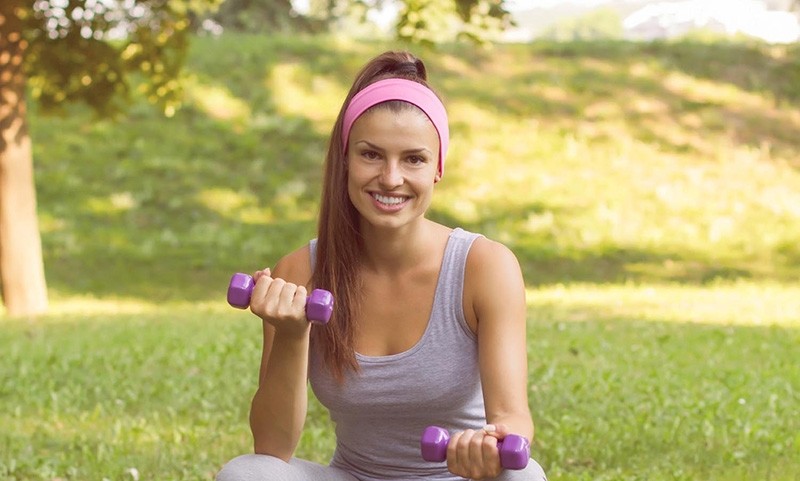 Exercise has long been tied to a wide range of wellness benefits, and now it seems muscle building packs its own punch against cancer.

In a recent study published in JAMA Oncology, a team of researchers compared the illness progression of 3,241 female breast cancer patients who had sarcopenia, or muscle deficiency, with those who did not.

By examining the abdomen CT scans of the patients at the time of diagnosis, researchers were able to estimate the amount of fat in each woman's body to determine if she had sarcopenia, defined as a skeletal muscle index of less than 40.

The team then reviewed subsequent medical records of each patient to determine whether they had survived the cancer.

Overall, those who had more muscle and less fat fared better in their fight against the disease.

Patients with sarcopenia in their first CT, about a third of the women surveyed, were 41 percent more likely to have died of the cancer.

Those in the top third of fat mass were 35 percent more likely to have died than those in the lowest third.

Women with both sarcopenia and high fat mass were 89 percent more likely to have died.

To improve chances of beating cancer, the research team – from Kaiser Permanente, the University of Alberta, Canada, and the Dana Farber Cancer Institute – recommended women aim for a healthy body weight and adequate muscle mass, maintainable through a balanced lifestyle.

Breast cancer is the most prevalent form of cancer among women in Turkey as of February 2018, according to health ministry data.