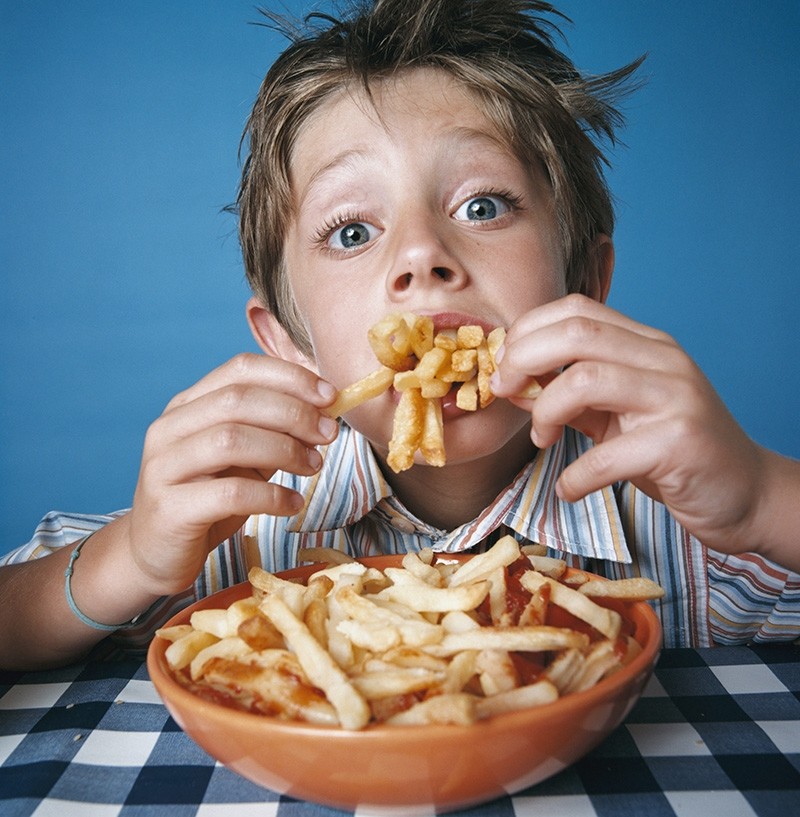 The children of southern Europe – a region long-praised for its diet of fresh, healthy foods – are quickly putting on pounds as fatty, processed foods take over the traditional Mediterranean diet, according to the World Health Organization (WHO).

In Greece, Spain and Italy, over 40 percent of boys and girls aged nine are overweight or obese, thanks to a decrease in activity and diet shift to junk food, sugary drinks and sweets.

"The Mediterranean diet for the children in these countries is gone," said Dr. Joao Breda, head of WHO's European Office of Prevention and Control of Noncommunicable Diseases (NCD Office).

The WHO surveyed 38 countries in its European Childhood Obesity Surveillance Initiative, noting percentages of overweight children aged 6 to 9 and also their lifestyle and dietary habits.

Turkey came in at the middle of the pack, with 27 percent of boys overweight, including 13 percent who are obese. Among girls the numbers were slightly better with 25 percent reported overweight and 9 percent obese.

Tajikistan, Turkmenistan and Kazakhstan were also included in the study, and had sharply lower rates of obesity than their European neighbors, Tajikistan recording only 1 percent of girls and 2 percent of boys as obese. The WHO warned, however, that these countries are also undergoing a "nutrition transition" and may see obesity rates rise in the coming years.

Along with a sharp increase in sedentary activity among children, the study attributed the replacement of fish, vegetables and whole grains with foods like pizza, french fries and hamburgers.

Encouraging healthier diets – including more fruit and vegetables – and more physical activity were among the recommendations.

Breda added that parents and families also need to be made aware of "the problem of child obesity, given that our data show that many mothers do not recognize their children as overweight or obese," a statement read.

Also at the European Congress on Obesity in Vienna, researchers said 22 percent of the world's population will be obese by 2045.

One in eight people, up from one in 11, will have type 2 diabetes – a form of the disease that generally hits in adulthood as a result of being overweight.

"As well as the medical challenges these people will face, the costs to countries' health systems will be enormous," said researcher Alan Moses of Danish health care company Novo Nordisk's research and development department.

In the United States, the researchers found obesity will increase from 39 percent of the population in 2017 to 55 percent in 2045, and diabetes from 14 percent to 18 percent.

The researchers said turning the tide on obesity would require "aggressive and coordinated action."

"Each country is different based on unique genetic, social and environmental conditions which is why there is no 'one size fits all' approach that will work," Moses said. "Individual countries must work on the best strategy for them."

The research results have not yet been published in a scientific journal but were peer reviewed for selection at the congress.