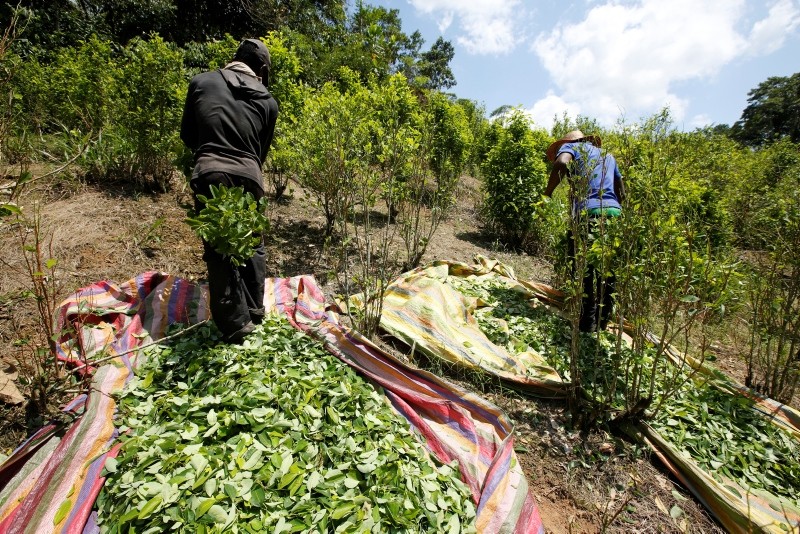 Global production of cocaine and opium, stemming largely from Colombia and Afghanistan respectively, has hit record levels, the United Nations Office on Drugs and Crime (UNODC) said Tuesday in its annual report.

The production of opium rose by 65 percent from 2016 to 2017 to 10,500 tons, "the highest estimate recorded by UNODC since it started monitoring global opium production at the start of the 21st century," a statement said.

Afghanistan accounts for the overwhelming majority with an output of 9,000 tons, a rise of 87 percent over 2016.

"Among the drivers of that increase were political instability, lack of government control and reduced economic opportunities," the report said.

The resurgence of production in Afghanistan has led to a 37 percent rise in the area under opium poppy cultivation to almost 420,000 hectares worldwide, UNODC said, adding that more than three-quarters of this was in Afghanistan itself.

Colombia accounted for the bulk of production with output increasing by more than a third between 2015 and 2016 to 866 tons.

The area used for growing coca leaf, the raw ingredient for cocaine production, is now some 213,000 hectares, with 69 percent of that in Colombia.

The rise in production in Colombia represents a challenge to the implementation of the accord forged between the government and rebels from the now defunct FARC, and "is bound to augment the power and wealth of trafficking groups", the report said.

Meanwhile the spread of opioid crisis, which has caused particular alarm in the United States in recent years, "is becoming a major threat to public health", with opioids "accounting for 76 percent of deaths where drug use disorders were implicated".

The increase is "largely due to a rise in deaths associated with pharmaceutical opioids, including fentanyl and fentanyl analogues," the report said.

This has been cited as part of the reason why the US has experienced a decline in life expectancy over two consecutive years, a phenomenon not seen for decades.

While fentanyl, a synthetic opioid 50 times more powerful than heroin is the main drug of its kind on the American market, the UNODC also expressed "growing concern" over opioid use elsewhere.

"We need to raise the alarm about addiction to tramadol, rates of which are soaring in parts of Africa," the report says.

The report said the most widely consumed drug in 2016 was cannabis, with about 192 million people using it at least once during the previous year.

The UNODC also looked at drug use trends according to age, finding that "drug use and the associated harm are the highest among young people compared to older people".

It also said that "drug use among the older generation (aged 40 years and older) has been increasing at a faster rate than among those who are younger".

While noting that there is only limited data available relating to this finding, the report said that "people who went through adolescence at a time when drugs were popular and widely available are more likely to have tried drugs and, possibly, to have continued using them".

Many of that "baby boomer" generation will presumably be among the cohort of over-50s who accounted for 39 percent of all drug-related deaths in 2015.

In Europe between 2006 and 2013, deaths from overdoses rose among those over 40 while going down for those below that age.