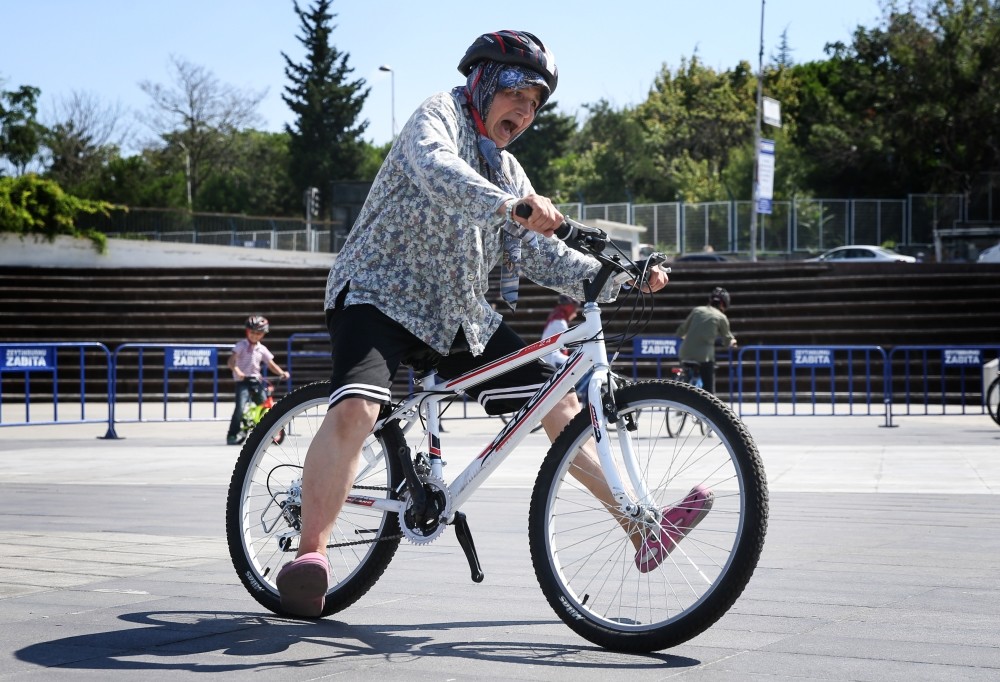 With the motto "Healthy living, Easy transportation," Zeytinburnu Municipality of Istanbul has initiated a cycling project called "ZEYBİS." To show support to the project, which aims to ease traffic jams in the district, Zeytinburnu Mayor Murat Aydın has ditched his official car assigned by the municipality and started showing up to work on his bicycle.

Aydın has been using his bicycle for getting around for the last four months and claims that with the project, the frequency of bicycle riding has increased seven times in the district.

To raise awareness on healthy living and the increasing traffic problems of the city, the municipality is organizing cycling tours every Thursday around Zeytinburnu covering 10 kilometers. During the tours, citizens aged seven to 70 pedal along coastline as well as the back alleys of the district. In every tour up to 1,000 cyclists have joined the convoy.

Zeytinburnu Municipality's ultimate aim is to present a model for all districts of Istanbul.

Mayor Aydın said back in his youth he pedaled everywhere. "We forgot to cycle when owning a car became easy. However, with the cars, we cause pollution and traffic jams that paralyze us sometimes. It is important to find a solution. And the solution is cycling," he added.

To encourage people to cycle, the municipality also teaches those who do not know how to cycle. Up till now, 1,112 people from all age groups living in the district have signed up for cycling courses.

"We have great feedback. People love seeing me on the bicycle. We are also monitoring the number of bicycle usage in the district. So far, there is a dramatic change in the number of people cycling around the district. We hope to double this number in the future," Mayor Aydın said.