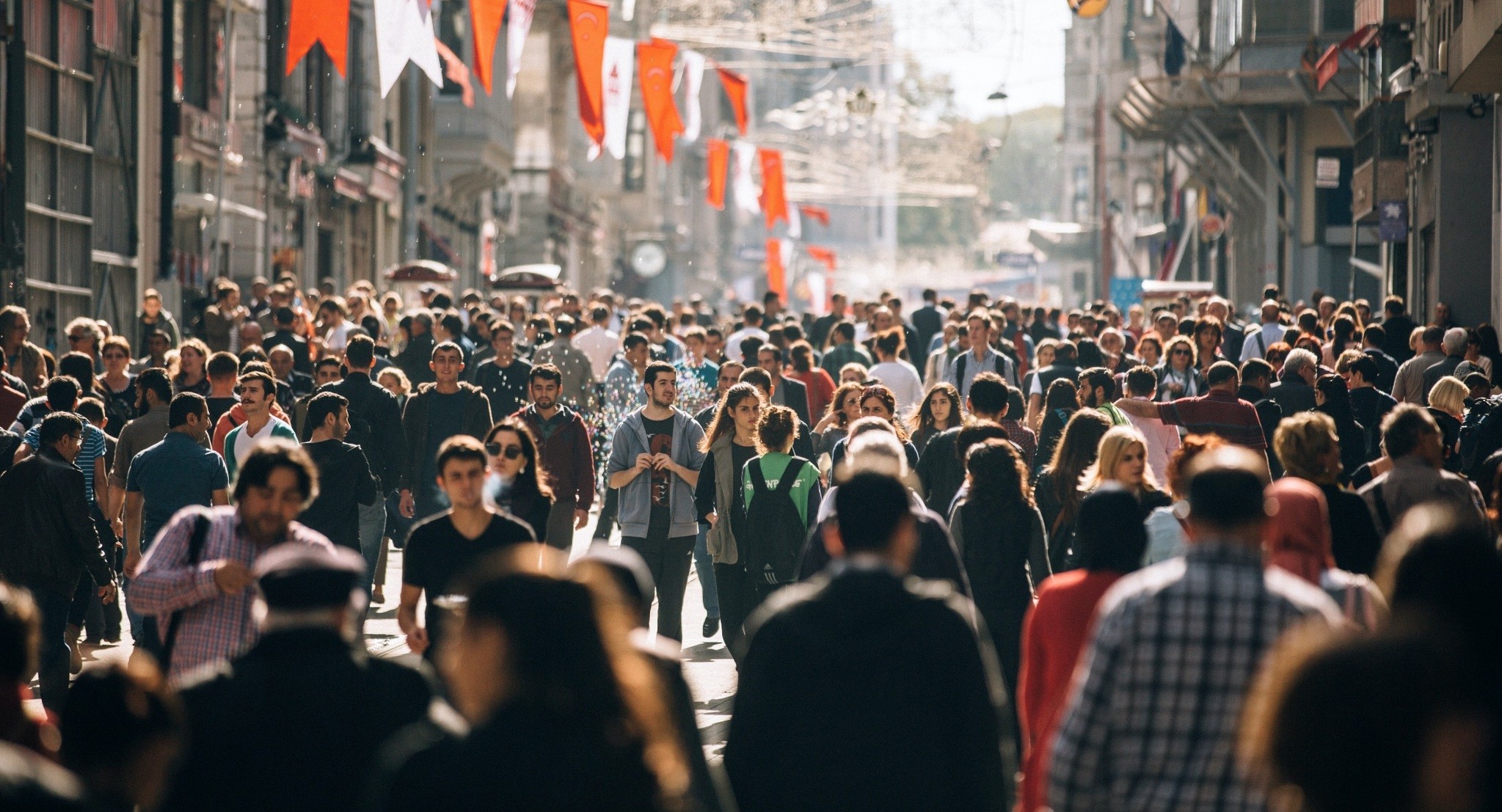 People walk on u0130stiklal Avenue, Istanbul. According to a recent report by the World Health Organization, four in every 10 women in Turkey are obese.
by Sep 13, 2018 12:00 am

Life expectancy in Europe continues to increase but obesity and the growing proportion of overweight people risks reversing this trend, warns the World Health Organization

In its European Health Report, covering 53 countries in a vast geographical area from the Atlantic to the Pacific, the World Health Organization (WHO) found well-being is the highest in the world but varies widely within the region.

There are also major differences between countries. Men live almost 16 years longer in Iceland (81.4 years) than in Kazakhstan (65.7 years).

"Progress is uneven, both within and between countries, between sexes and across generations," said Zsuzsanna Jakab, the WHO's director for Europe.

But she warned, "Lifestyle-related risk factors give cause for concern, as they may slow, or even reverse the great gains in life expectancy if left unchecked."

"Overweight and obesity are on an upward trend in almost all member states," said the report, which was launched in London.

The trend is particularly marked in Turkey, where almost four in 10 women - 39.2 percent - are obese.

The WHO definition of obesity is someone with a body mass index (BMI) of more than 30, meaning more than 87 kilograms for someone measuring 1.7 meters. According to the obesity update of the Organization for Economic Co-operation and Development (OECD) countries in 2017, Turkey is among the top 10 most obese countries.

There are more than 16 million obese adults in Turkey among the total adult population of more than 54 million, which corresponds to 29.5 percent of the entire population.

The report also shows that the obesity rate is higher among women than men in Turkey. Two other countries with a particular problem are Malta, where 29.8 percent of the population is obese, and Britain, where the figure is 27.8 percent.

The report also notes Europe has some of the highest rates of smoking and alcohol consumption in the world.

Some 29 percent of people over the age of 15 smoke, compared with 16.9 percent in the Americas region and 24.8 percent in southeast Asia. The smokers' figure rises to 43.4 percent in Greece, 39.5 percent in Russia and 28.1 percent in France, according to WHO figures from 2013.

Europeans drink too much

Alcohol consumption has fallen from the highs of the 1990s and 2000s, but at 8.6 liters per person in 2014, Europeans still drink more than other regions.

"While alcohol use is declining overall, adult consumption is still the highest in the world," the report noted. Among European Union nations in 2014, Lithuania had the highest average alcohol consumption at 15.2 liters per person, followed by the Czech Republic (12.7) and Belgium (12.6).

Premature deaths from cancer, diabetes, respiratory and cardiovascular illnesses are falling, and the region is on course to reach its objective of a 1.5 percent annual reduction up to 2020.

But there are wide variations in health coverage.

In 2014, private household payments represented 16.7 percent of total health spending in the EU, compared with 45.8 percent in Russia and 9.7 percent in Britain.

The report noted the growth in countries with strategies in place to reduce inequality, which have helped reduce infant mortality and vaccine coverage.

However, the WHO warned there was more to do on measles vaccinations in certain countries, including Ukraine and Montenegro.

In the U.N. health agency's report, which is published every three years, added a subjective factor - life satisfaction.

Asked how satisfied people were with life these days, the average across the region reported 5.9 out of 10.