WHO awards Turkey for efforts to fight noncommunicable diseases 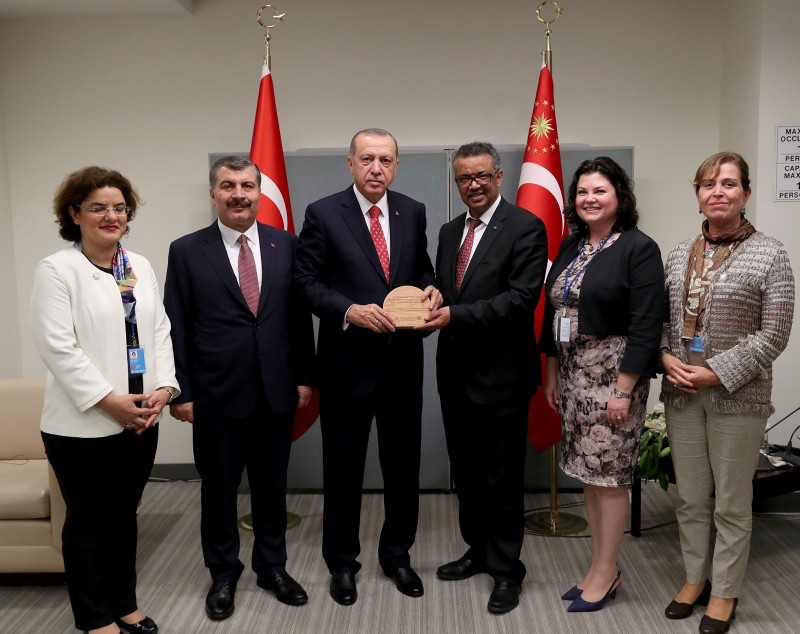 Turkey's health ministry received an award Tuesday from the World Health Organization (WHO) for its efforts to fight non-communicable diseases.

WHO Director-General Tedros Adhanom presented the achievement award in a ceremony in New York to Turkish President Recep Tayyip Erdoğan on behalf of the ministry.