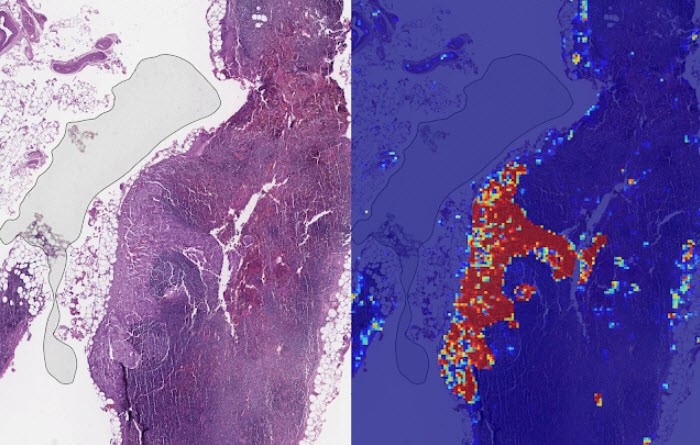 The program, called LYmph Node Assistant (LYNA), was trained by analyzing scans of real-world breast cancer patients' lymph nodes. Taking tissue from the lymph nodes, or doing a biopsy in medical terms, is a way to detect metastatic tumors, which are cancerous cells traveling from the tissue of origin (the breasts in this case) to a different or secondary site within the patient's body.

Some 90 percent of breast cancer deaths occur with metastasis, when the disease spreads to other organs or parts of the body.

Despite misidentifying giant cells, germinal cancers and histiocytes, LYNA managed to perform better than a pathologist.

Google hopes the tool could at one point serve as a "spell check" for doctors treating breast cancer patients.

Cancer, a disease caused by the growth of abnormal cells beyond their usual boundaries, is the second leading cause of death worldwide, according to the World Health Organization.

Breast cancer is the most prevalent cancer among women, followed by cervical cancer and thyroid cancer.