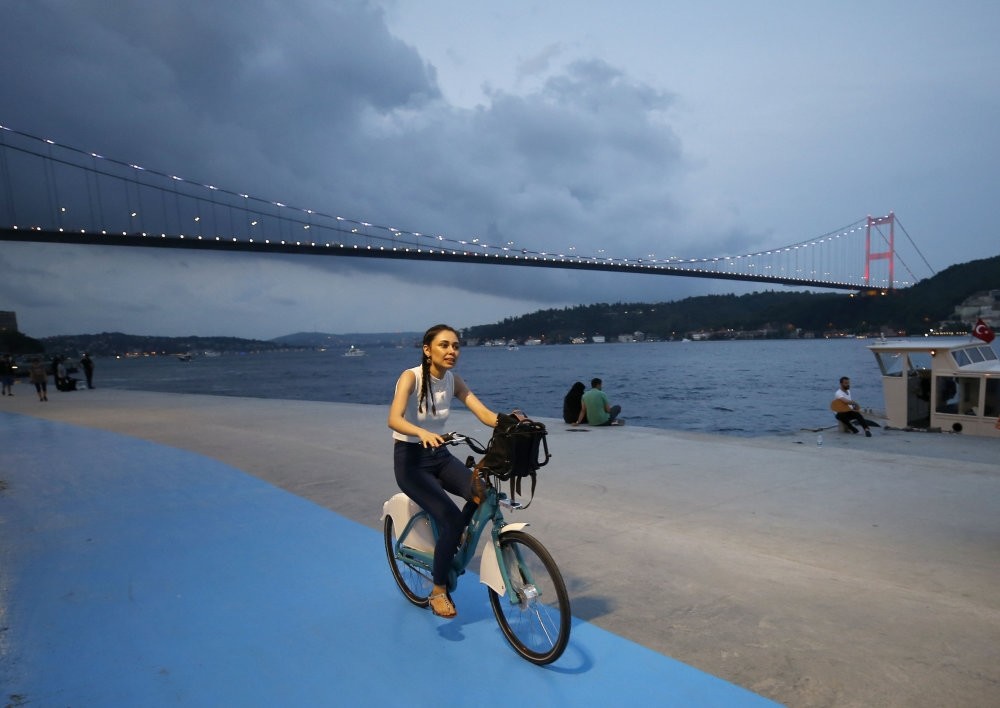 More and more people in Istanbul are picking up bicycles as a way to avoid traffic jams and lead a healthy life.

Bike renting services and bike lanes introduced by the Istanbul Metropolitan Municipality and İSPARK have played a leading role in the city's bike revolution.

The Smart Bike project, which was initially launched in the Kadıköy-Maltepe and Florya-Yeşilköy routes, has now spread across the city, particularly along its Marmara Sea coastline, reaching over 144 kilometers.

People who live or work close to the bike lanes are increasingly using the routes, as well.

Riders on the 26-kilometer Sarıyer-Beşiktaş-Karaköy line can pick up and drop their bikes at one of some 21 stations. This line, in particular, has seen a lot of interest from Istanbulites, with many biking between their home and workplace.

İSPARK's smart bikes were rented nearly 300,000 times this year alone. They are used all around the year, but the demand peaks during the spring and summer months.

The number of smart bikes will be increased to 3,000 by next year. The smart bikes can be rented through a subscription system at one of the İSBIKE service points or on the İSBIKE mobile application, which is available on Google Play and App Store.