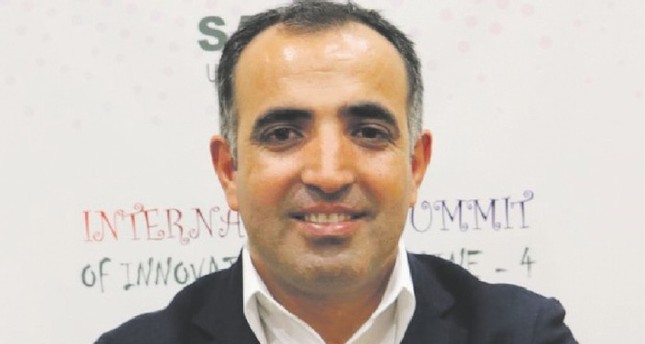 Turkish scientist and Prof. Dr. Ali Mazhar Adli, who conducts studies at the University of Virginia in the U.S., has made two significant discoveries for the treatment of pancreatic and ovarian cancers.

Speaking to Anadolu Agency (AA) in Turkey's southern Gaziantep province where he is going to participate in a scientific meeting organized by Sanko University, Adli said he had been focusing on how cancer can be destroyed and how alternate drugs against the disease can be developed.

The Turkish scientist graduated from the Middle East Technical University in Ankara. After receiving his Ph.D. from Harvard University, he moved to the University of Virginia where he has been experimenting in his own lab for the past six years.

Noting that he used CRISPR (clustered regularly interspaced short palindromic repeats) technology in his work, which offers the opportunity to change the genetic information of the living cell, Adli said he is also developing new technologies in this field.

"Our goal is to understand how genetic information operates in a normal cell and how this information causes a cancerous cell. If we fully comprehend this, we will be able to prevent various genetic diseases including cancer," he said.

Adli pointed out that he had a particular focus on pancreatic and ovarian cancers, and he was studying to develop treatments for these cancer types.

"Pancreatic cancer is the deadliest type; 80% of those suffering with this cancer die within a year; there is no medication for it, unfortunately. The drugs are same ones that have been out for the past 40 years. Sadly, there are no alternative drugs or drug combinations yet.

"One of the goals I set while establishing my lab was pancreatic cancer. We have to implement our findings in the clinic. In one of our articles published in Nature a week ago, by using CRISPR technology, we scanned 4,000 genes on a living model organism, then studied which of them prevented cancer and increased the efficiency of the medication.

"Thus, we demonstrated one of our discoveries. If we combine our medication with the already used one, we are able to kill cancerous cells a hundred times more. This finding means that we could have the same impact with a 100 percent smaller chemotherapy dose given to the patient."

"However, the tumor comes back after a few months, and the same drug used in treatment doesn't work anymore. The tumor gains resistance quite swiftly. We are studying to understand this mechanism first so that we can overcome this issue," he said.

He went on to say that they would soon publish an article regarding the findings on this topic.

"However, first, we need to identify the 20,000 genes where this information is changed. In our upcoming article, we have unveiled the epigenetic information map of normal and drug-resistant cancerous cells. Now, we learned about which genes are controlled. Moreover, we demonstrated that we prevented this mechanism through epigenetic drugs."