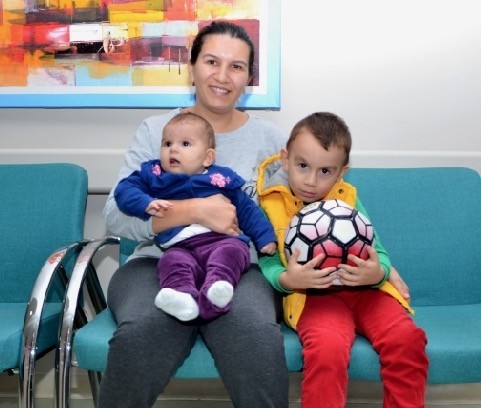 For years, doctors have warned the public about drinking too much of the popular drink Coca-Cola, stressing that it can lead to health problems; however, it seems that none of these warnings stopped Betül Bayram from drinking her favorite drink.

Bayram, a 33-year-old living in Antalya, took her love for Coke to the extreme and has drunk nearly 5 liters every day since the age of 5. In time, Bayram started to complain of widespread pain and suffered five fractures in her spine. When she saw a specialist, it turned out that her habit of drinking Coke had resulted in a loss of bone density, eventually leading to her bones fracturing on their own.

Bayram's doctor, Sevgi Urhan, had never seen such a case in all of her years practicing medicine and was shocked by the diagnoses.

"The patient was suffering from bone thinning and fractures, but nobody at first understood the reason behind them. After long talks with the patient, we discovered that Bayram had been maintaining an unhealthy diet; she drank too much Coke every day and drank nothing else during the day. She also did not consume enough vegetables or eat enough meat, which made her Coke habit worse," said Urhan.

Bayram's symptoms began to manifest when she gave birth to her second child seven months ago.

"I could not even get out of bed because of severe back pain. I couldn't even care for my children. I didn't drink water as I drank too much Coke every day. I had no idea that Coke could do such a thing to my body. Right now, I am eating healthy and have started to regain my health," Bayram said.

Since she is breastfeeding, Bayram cannot be treated with the medicine that should be prescribed in such cases. Instead, her doctors are giving her magnesium, zinc, vitamins D and K. She also follows a detailed diet put together by a specialist.