King of vegetables: The countless benefits of eggplant 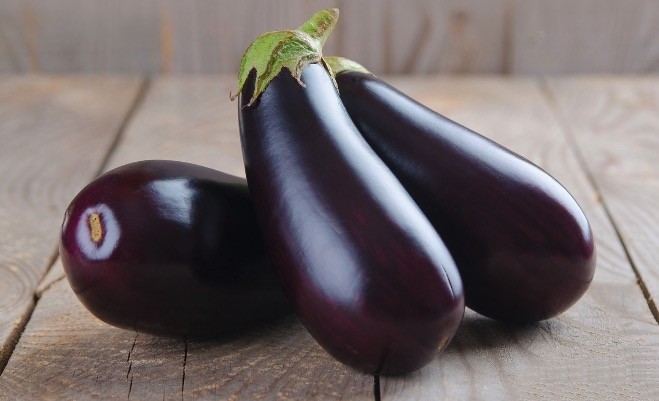 Rich in fibers and vitamins, the eggplant is a nutritious vegetable that keeps you in good health and good shape without those unwanted calories

The eggplant can be considered both a fruit and a vegetable, but in the languages of the Indian subcontinent, where the eggplant originated, it is described as the "king of vegetables" due to its versatile and functional medical effects. Is the eggplant really good for your health? These vegetables, which are purple or black in color, are an indispensable element of Turkish cuisine and used in a great variety of meals. Eggplants not only add flavor to meals, but also have many benefits for health. With high nutritional values, eggplants contain vitamins C, K and B6, thiamine, niacin, magnesium, phosphorus, folate and potassium and have almost no saturated fat.

History of the eggplant

The eggplant, or solanum melongena, is a tropical perennial plant in the Solanaceae family and cultivated as an annual plant in temperate climates. It was cultivated for the first time in India in the 5th century B.C. Before the Middle Ages, the eggplant was introduced to Africa, then spread to Italy during the 14th century, and the plant is mostly associated with Italy today. It then spread to Europe and the Middle East and was later brought to the Western hemisphere by European explorers centuries ago. Currently, Italy, Turkey, Egypt, China and Japan stand out as major eggplant producers.

Known for its delicious flavor, the eggplant has many varieties. The most common eggplant varieties grown in Turkey are "kemer" (oval-shaped and black-skinned), "halkapınar" and "bostan," which are ideal for salads. Apart from these cultivars produced in Turkey, other varieties of eggplant are also imported.

Japanese eggplant, which has become especially popular in recent years, also has great benefits for health. Similar to the cultivars in Asia, the Japanese eggplant differs from the other varieties with its thin-skin and sweet aroma. Also, 200 grams of Japanese eggplant have only 20 calories. Its sodium content is quite low, too.

Here are some health benefits of eggplant:

Dietary fiber is found only in fruits, vegetables and grains. It helps digestion with a sufficient intake of water and has many benefits for the gastrointestinal system. The eggplant is quite rich in fiber. Since the eggplant has very low amounts of fat and cholesterol, it is be a very healthy option for people with obesity or weight problems. Its fiber-rich content also inhibits the release of the ghrelin hormone, which tells us that we are hungry. So, eggplants promote satiety and can be helpful in weight loss.

In addition to containing a variety of vitamins and minerals, the eggplant is very rich in antioxidants. Antioxidants are substances that help protect the body from damage caused by harmful substances known as free radicals. Studies show that antioxidants could help prevent many chronic diseases such as heart disease and cancer. Eggplants are particularly rich in anthocyanins, a type of pigment with antioxidant properties that gives the plant its vibrant color. On particular, an anthocyanin in eggplants called nasunin has many benefits for health.

Polyphenols in eggplants have anti-cancer effects. Anthocyanins and chlorogenic acid protect the body from damage caused by free radicals and prevent tumor growth and the spread of cancer cells. And since eggplants help white blood cell formation, it is a good source of vitamin C, an indispensable component required for the immune system. 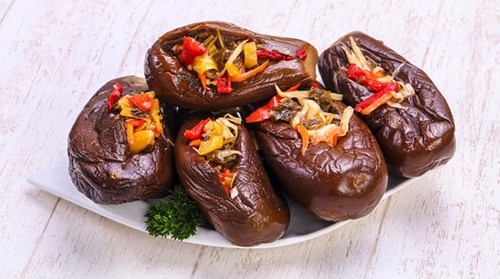 You can easily add eggplants to your diet. It can be grilled, roasted or sautéed and served with olive oil and some spice. Eggplants can reduce your intake of carbohydrates and calories, which will enrich your meal's fiber and nutritional values.

The eggplant is very rich in folate, an important B vitamin that restores cells facing the risk of uterine or lung cancer. Folate intake is especially recommended for women before pregnancy. It can be taken on a regular basis since it is not accumulated in the body. Folate helps prevent the risk of birth defects in unborn babies and reduces the risk of neural tube defect and other birth defects.

Thanks to their antioxidant content, some studies suggest that eggplants may help reduce the risk of heart disease. In one study, rabbits with high cholesterol were given 10 ml of eggplant juice daily for two weeks. The results indicate that the rabbits were found to have lower levels of LDL cholesterol and triglycerides. Other studies have shown that eggplant may have a protective effect for the heart. The eggplant also helps to balance the cholesterol level and keeps the blood pressure level at a healthy level thanks to its potassium.

Findings obtained from animal studies have shown that nasunin, which is an anthocyanin found in eggplant skin, is a potent antioxidant that protects brain cell membranes from damage by free radicals. Research also suggests that anthocyanins help to prevent neuroinflammation and ease blood flow to the brain. This might also help improving memory and prevent age-related mental problems. Eggplants also help restore damaged brain cells and protect cells.

Good for skin and hair

Along with all these benefits of eggplants, the vegetable is also vital for the health of skin and hair. It protects the skin thanks to hearty amounts of dietary fibers and various vitamins it contains. It also clears the body of free radicals and dead cells, helping the skin remain clean and pure.