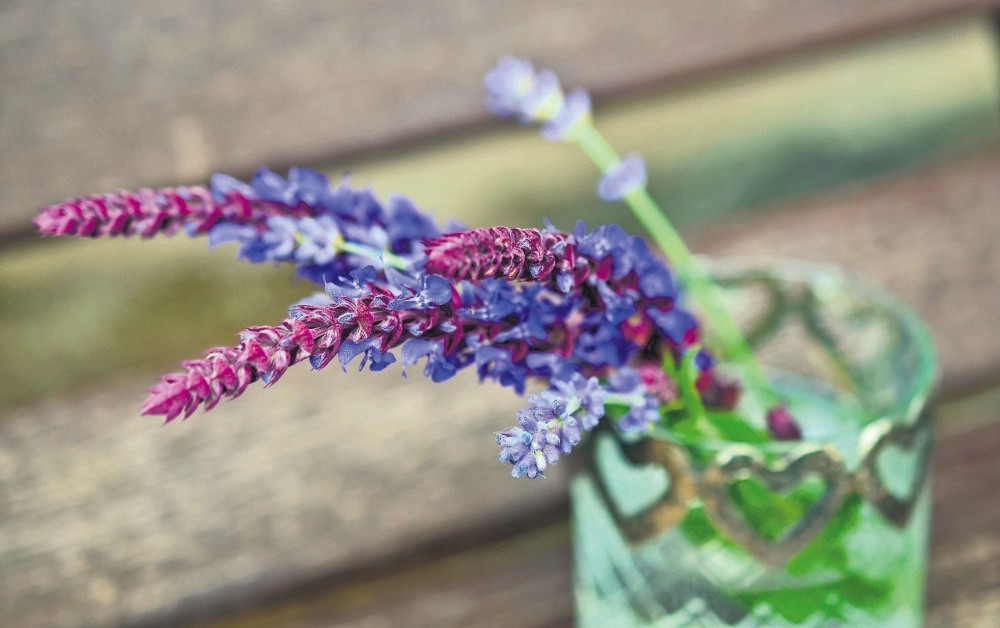 Scientists are still stumped by why viruses thrive this time of year, leaving us vulnerable to the microscopic meddlers just waiting to ruin our day. Luckily, there are some simple precautions you can take but if you do fall victim, useful Turkish home remedies are there to get you back on your feet

Winter has arrived in Istanbul and with it herds of tiny children lovingly bundled up like subarctic mummies, advertisements for soothing teas and Turkish grandmothers busily whipping up tried-and-true home remedies for their sniffling families. Though some traditions may seem antiquated and mostly superstition, their traditional combinations of raw, natural ingredients and age-old wisdom are actually based more on science than fiction.

First, let's talk about the little tots teetering along the sidewalks, peeking out at the world from under puffy hoods, four layers of clothes and thick scarves. In theory, bundling up to minimize skin exposure leaves less landscape for viruses and bacteria to take root and in turn, less chance for the little devils to enter your bloodstream and run amuck. Traditionally, this layering trend goes hand in hand with the once-common theory that keeping warm meant staying healthy. Though old wives' tales blaming cold temperatures for your sore throat have been debunked, cool, dry environments do help spread the actual villains behind cold-weather illnesses: Pathogens.

Winter is the prime season for influenza, according to the U.S. Centers for Disease Control and Prevention. Likewise, the common cold, the respiratory syncytial virus (RSV), which leads to infections in the lungs and breathing passages, and gastrointestinal infections caused by rotaviruses and noroviruses strike the most between December and March.

The good news is you can reduce your chances of hosting unwanted microbial stowaways by maintaining good hygiene, especially by washing your hands frequently and refraining from touching your face and eyes.

The bad news is, in the end, airborne pathogens can outsmart even the most diligent hand washer. Studies have found that cold, dry environments allow pathogenic microbes, exhaled from infected individuals via coughs, sneezes or even laughing, remain viable longer. The fact that we stay indoors for extended periods in the winter exacerbates the problem as well, forcing us to constantly breathe the same air as those around us. Unfortunately, the contaminated "breathing zone," the 3-to-6-foot radius around the infected person, is nearly impossible to avoid in crowded offices or cramped classrooms.

Ideally, if we could keep ourselves from getting sick - in other words, give our immune system a boost - we wouldn't need home remedies in the first place. Unfortunately, despite extensive scientific research, a concrete method for boosting your immune system has remained elusive. In the end, "The immune system is precisely that - a system, not a single entity. To function well, it requires balance and harmony ... Researchers are exploring the effects of diet, exercise, age, psychological stress and other factors on the immune response, both in animals and in humans. In the meantime, general healthy-living strategies are a good way to start giving your immune system the upper hand," advises an article by Harvard Health. So, if healthy habits lead to a balanced system, perhaps Turkish grandmothers are on to something with their antioxidant-based, vitamin-rich natural remedies.

What happens when, after your careful layering, healthy eating and obsessive hand washing, you have that telltale tingle in the back of your throat? An accursed pathogen has somehow made its way into your system. Don't worry. Thanks to Turkish grandmothers passing traditional remedies down from one generation to the next, their comforting recipes include ingredients scientifically proven to help you fight back.

One of the most popular drinks, when you are feeling under the weather in Turkey, is linden tea, or "ıhlamur" in Turkish. The dried flowers and leaves of linden trees, which are indigenous to the country, are infused in hot water to make a pleasant herbal tea that is high in antioxidants. A study published by the Journal of Food and Biochemistry found that this tea is effective against various strains of bacteria and yeasts, meaning it potentially has the power to give your immune system a boost.

On top of that, other research has shown that linden contains a sticky substance called mucilage that helps relieve inflamed membranes in the mouth and throat. Often, cinnamon sticks or fresh ginger, as well as slices of apples, pears, quince or lemons, are added to the leaves to infuse as well, lending their flavors and vitamins to the mix. As a bonus, because it is herbal, it is also caffeine free. Linden tea can be found in every market across the country.

If your stomach isn't quite up to the creamy, slightly sour taste of kefir, perhaps a light combination of mint and lemon will do the trick. The calming, soothing herb mint has been used for thousands of years to help with upset stomachs and indigestion. Likewise, lemons are excellent sources of vitamin C and are also known to aid digestion. This hot drink can be made with either fresh or dried mint along with a few slices of lemon. Simply boil the two in water and enjoy. 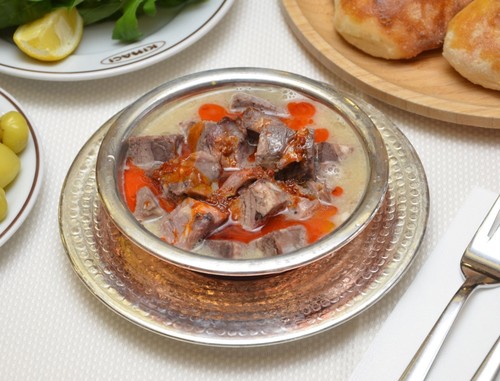 Though the name may be somewhat off-putting, this nutritious soup is actually made with pieces of meat from often-discarded parts of livestock, namely the head, tongue and shins. The traditional preparation calls for extensive boiling, which leaves the usually tough meat extremely tender. Known as "kelle paça çorbası" in Turkish, restaurants around the country offer it year-round.

There are several things that make this soup special. First, it is made with bone broth, which is rich in minerals that support the immune system as well as a great source of healing compounds like collagen. In addition, spoonfuls of chopped, fresh garlic and a splash of vinegar are added to the soup right before eating. Fresh garlic contains antioxidants while vinegar has antimicrobial properties that, when put all together, make a healing meal.

If a stomach bug has led to a loss of appetite, sage tea may be exactly what you need. Indigenous to the Mediterranean region, leaves from sage plants have been dried and used both for cooking and in medical remedies for centuries. Called "adaçayı" in Turkish, this drink benefits from sage plants' high concentrations of vitamin A, C, B-family, K and E, as well as copper, fiber, calcium, iron and magnesium. It is also high in antioxidants and has appetite-boosting properties. This tea can be found almost anywhere tea is sold.