How forgotten local plants could ease malnutrition in East Timor 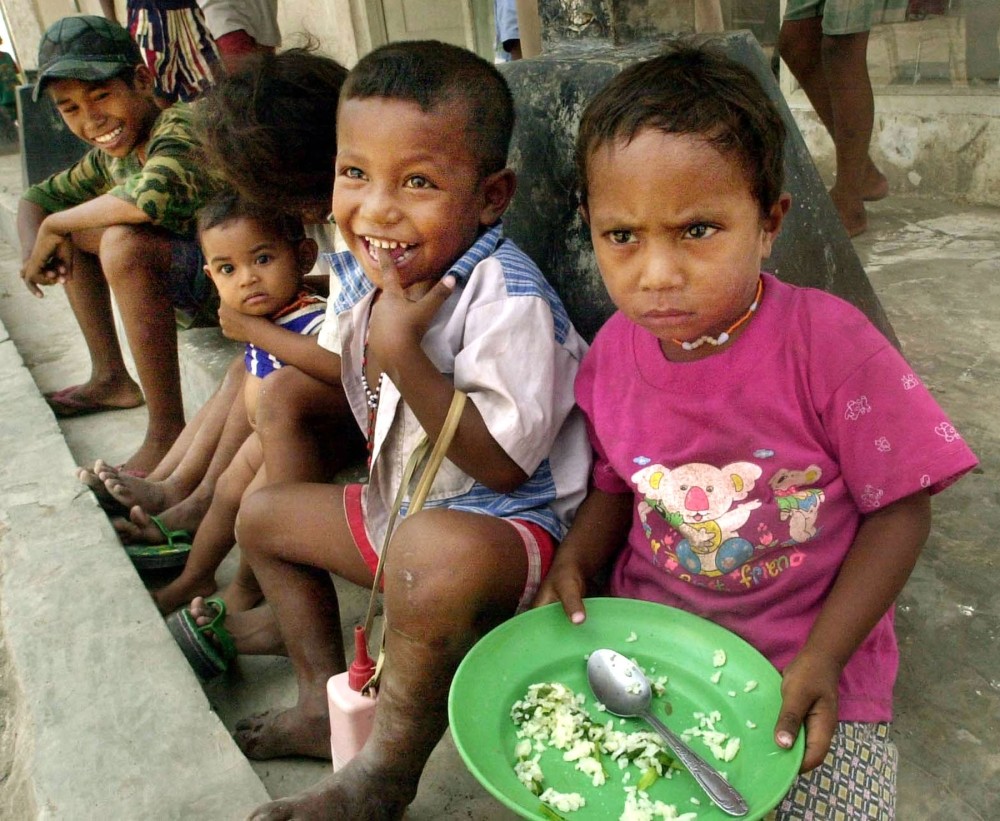 The Australian owners of a restaurant in East Timor are hoping to use their passion for the local cuisine to combat malnutrition in the tiny Southeast Asian nation.

East Timor has Asia's worst rates of child malnutrition, with more than 50 percent of children suffering from stunting - a condition that permanently affects their mental and physical development - according to the United Nations.

But this is not primarily due to a shortage of food - instead, the U.N. children's agency UNICEF blames a lack of education and knowledge about local foods.

Development worker turned restaurateur Mark Notaras said traditional dishes like batar da'an - a kind of corn stew served at his Agora Food Studio restaurant in the capital Dili - were looked down on as "poor people's food."

"If you came to visit Timor, you could eat at 150 restaurants and never find it on a menu," he told the Thomson Reuters Foundation.

Notaras and his wife, Alva Lim, launched the non-profit Timor-Leste Food Innovators Exchange (TLFIX) last year to educate people across the country about cooking with healthy and local ingredients.

They hope to persuade them to supplement diets of white rice and instant noodles - which provide cheap calories but little nutrition - with the indigenous plants that grow there.

"We encourage people to eat a wider array of foods they already have around them in order to improve their nutrition," said Notaras.

UNICEF already trains mothers in East Timor to provide more nutritious meals, showing them how to incorporate locally grown carrots and leafy greens into the rice that children are traditionally fed.

"We use food storytelling and food innovation to promote better livelihoods, including through nutrition," said Notaras.

In doing so, they are joining a worldwide movement to return to local produce as populations have shifted away from traditional diets to increasingly consume imported foods that tend to be cheaper but less nutritious.

Organisations like the Rome-based non-profit Biodiversity International are trying to reverse that trend by promoting indigenous crops, such as "Mayan spinach" in Central America.

That requires governments to introduce policies that encourage local crops rather than imports, and individual behaviours may need to change too, said Ronnie Vernooy of Biodiversity International.

"People may need to invest more time in going to the local market rather than just the supermarket," he told the Thomson Reuters Foundation by Skype from the Netherlands.

But it may not be that simple.

Rice grown in East Timor can cost three times as much as the low-quality varieties imported from Vietnam, said Notaras, and changing attitudes and market dynamics could take decades.

Lim said she hoped the people of East Timor could push back against the processed food that has flooded the Philippines, where her family originates, and where "the same few bottled and packet sauces" have become ubiquitous.

"There is a lot of diversity in this region and I will be incredibly sad if it disappears," she said.