Therapy dogs to be trained to accompany mentally impaired 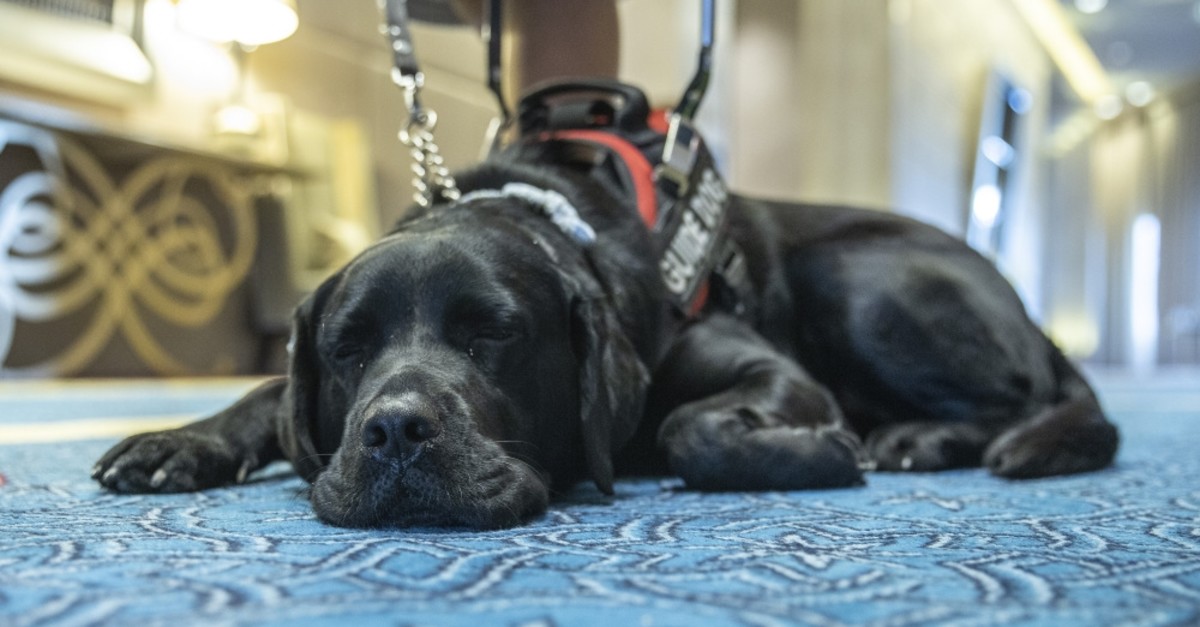 Founded in 2014 by visually impaired lawyer Nurdeniz Tunçer and Maggie Moore, the wife of the U.K.'s former Ambassador to Turkey, Richard Moore, the Guide Dogs Association trains special dogs not only to accompany the visually impaired, but also as companions for mentally challenged children.

The guide dogs are usually chosen from among certain breeds that are known to be more meek and friendly to humans. The trainers in the association first examine the dogs to determine whether they are obedient and healthy. Once they pass the test, the dogs undergo a year of training. Following the training, the guide dog candidates are given tests and if they pass them successfully, are trained to accompany visually impaired people for up to six months.

The Guide Dogs Association, however, wanted to raise the bar and start new training for therapy dogs that can accompany not only the visually impaired but also mentally challenged children.

Guide Dogs Association President Nurdeniz Tunçer, who has been living with Turkey's first guide dog Kara, said their aim is to work hard to make sure that the visually impaired can be more independent and social.

Speaking to Daily Sabah, Tunçer said training for the therapy dogs has already started and their first graduate, named Kaymak, is ready to be assigned to its new owner. She said dogs that are not fit to accompany the visually impaired are trained to be therapy dogs in Istanbul. "The therapy dogs will work as a team with mentally challenged children to help them connect with other people and to aid their development," Tunçer added.

Currently, the number of guide dogs in Turkey is low, but the outlook is promising. Currently, there are four guide dogs assigned to the visually impaired and a total of seven other dogs that are currently in training. Tunçer said their aim is to train at least 10 therapy dogs as in the first year of the project, adding, "We are aiming to touch the lives of so many young people."

The dogs in training are looked after by volunteer families, and their veterinary and food costs are also covered by the association, but Tunçer said they need more volunteer families to take care of the dogs before they start their lives as guide dogs.