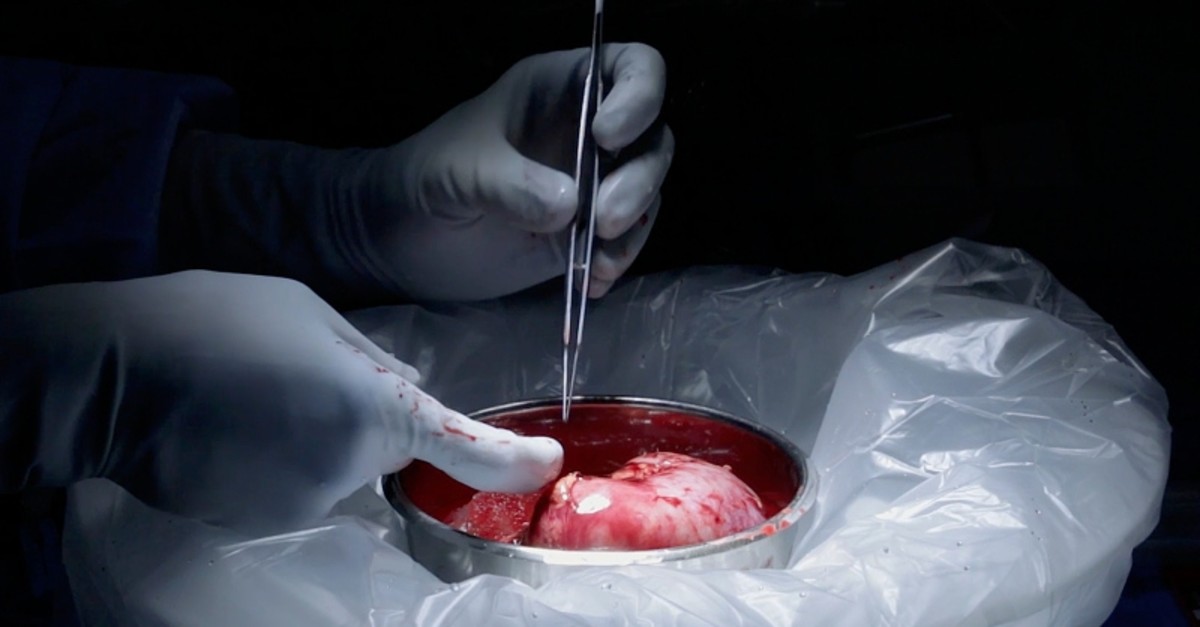 This image made from video provided by Johns Hopkins Medicine in Baltimore shows a kidney from Nina Martinez of Atlanta, who is thought to be the worldu2019s first kidney transplant living donor with HIV, on Monday, March 25, 2019. (AP Photo)
by Mar 29, 2019 12:00 am

The kidney of a 35-year-old HIV-positive woman has been transplanted into another patient with the virus that causes AIDS, U.S. surgeons announced Thursday, in a major medical breakthrough.

The surgeons at Johns Hopkins University in Baltimore performed the operation on Monday, calling it the first in the world of its kind.

The recipient, who has not been identified, is doing "beautifully," said Christine Durand, associate professor of medicine and oncology at Johns Hopkins.

They are "incredibly grateful for this gift and now we just monitor for the long term outcomes," Durand said.

Martinez initially wanted to donate the kidney to a friend, but after that friend died, she pursued her wish to be an organ donor, Johns Hopkins said.

The Atlanta resident, who was inspired to donate her kidney by an episode of "Grey's Anatomy," said she was excited to be part of a medical first.

"I knew that I was the one that they had been waiting for," she said. "For anyone considering embarking on this journey, it's doable.

"I've just showed you how and I'm very excited to see who the first follow-on might be."

Before this transplant operation, doctors had believed it too risky to leave an HIV-positive patient with only one kidney.

The decision to move forward with the transplant highlights the confidence scientists have in current anti-retroviral medication, which allows those with HIV to lead normal, productive lives.

Thousands of people die each year in the United States awaiting organ transplants.

Dorry Segev, an associate professor of surgery at the Johns Hopkins University School of Medicine, said about 500-600 HIV-positive patients could donate organs each year, benefiting about 1,000 people with the virus.

They could also previously receive an organ from someone who was not HIV-positive.

The possibility of using organs from living donors would significantly change the equation.

Johns Hopkins University Hospital received authorization in 2016 to move ahead with the first transplant from a living donor with HIV. Surgeons had been waiting to find compatible patients.

Martinez and the recipient of her kidney will have to keep taking their anti-retroviral medication.

"The doors are now open for people living with HIV to become kidney donors," said Segev. "Now anybody can do this anywhere in the world, provided that they screen the patients accordingly.

"And the fact that 30 years ago, a disease that was basically a death sentence has been so transformed, that today somebody with HIV can save somebody else's life."

Like other countries, the United States suffers from a shortage of donor kidneys and there is a waiting list of around 100,000 people, according to the Organ Procurement and Transplantation Network.

Durand said about 10,000 HIV-positive patients are currently suffering kidney failure and on dialysis.