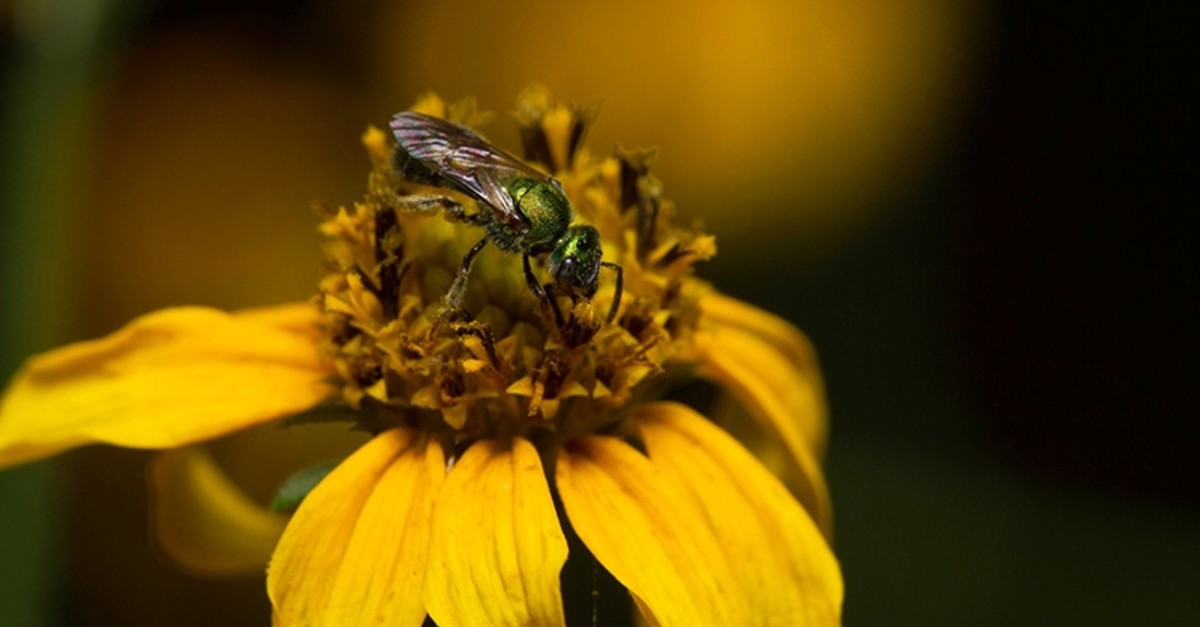 In the first known case in Taiwan and perhaps in the world, tiny insects called sweat bees made a home in a Taiwanese woman's eye, feeding on her tears.

The 29-year-old woman, named He, thought she had an infection when her eye swelled up. But doctors at the hospital were shocked to find four bees living under her eyelid.

"I saw something that looked like insect legs, so I pulled them out under a microscope slowly, and one at a time without damaging their bodies," head ophthalmologist Dr. Hung Chi-ting of Fooyin University Hospital was quoted as saying by British newspaper The Guardian.

Hung said he examined the eye with a microscope, suspecting an infection, but instead discovered the tiny legs of bees moving in her tear ducts, where they were feasting on the salt and moisture from her tears.

The hospital said the incident is a "world first," as Hung was able to extract all four bees -- which are now being studied at a research center -- alive from the tear duct.

Taiwan-based news channel CTS said He had been pulling weeds from around a family member's grave when she felt something enter her eye. She tried to wash it out with water, assuming it was soil. However, by the evening, her eye had begun to swell, with a stinging sensation under the eyelid.

Hung said He was "lucky" that she didn't rub her eyes and induce the bees to produce venom.

"She was wearing contact lenses so she didn't dare to rub her eyes in case she broke the lens. If she did she could have induced the bees to produce venom... she could have gone blind," he told the BBC.

Halictidae, or "sweat bees," are found around the world and are attracted to human perspiration. They also feed on tears, which have a high protein content, according to research by the Kansas Entomological Society. The bees sting only when touched and are not typically aggressive.

Hung said the tiny bees generally nest in the mountains and near graves, which would explain how He came in contact with them.