Don't let anger bring out the worst in you 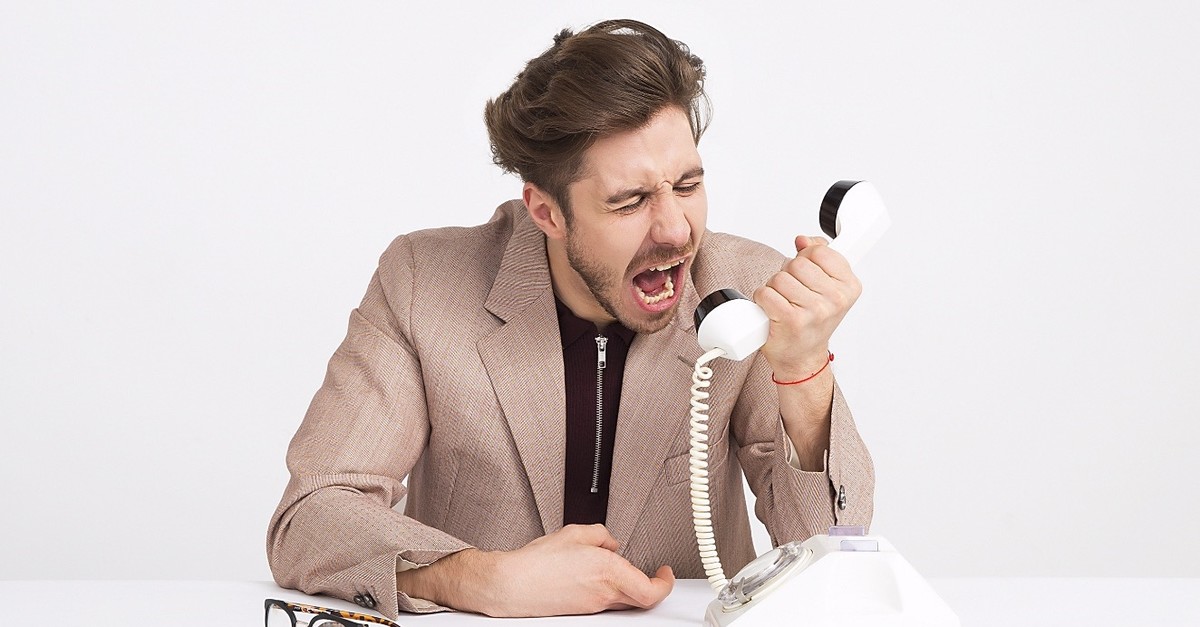 Anger is a feeling that occurs in various conditions but it is not a personal trait.
by Daily Sabah Apr 15, 2019 12:14 am

In the chaos of everyday life, it is easy to get angry quickly, the key is to manage this anger and not do anything that you may regret later

People succumb to anger while in traffic, at work or home for many different reasons. Since this strong feeling can be fed by many negative emotions, some people have difficulty maintaining control and have bursts of anger due to some triggering cause. However, it's easier to control anger when the cause is known. Psychotherapist Cem Keçe offered insights into anger and anger management.

The relationship between anger and other emotions is intertwined and closely related to many negative emotions or occur due to mental disorders such as anger, anxiety and depression or personality disorders or substance and alcohol dependence.

Anger, a natural feeling, is a kind of rage. When uncontrolled, it can turn into a destructive behavior like aggression. It can end with a destructive burst that can cause a slight tension.

Anger from negative thoughts about people, events or situations, disapproval, the basic need to be of value and be respected occurs for both internal and external reasons. Emotions can be triggered by loneliness, jealousy, anxiety and disappointment, physical conditions like serious health problems and chronic diseases, crowds, weather conditions, traffic, social and political pressures, workplace problems, family disagreements and negative living conditions. People can control emotions if guided by an expert if they accept they have an anger problem.

Anger not a personality trait but emotion

Anger is a feeling that occurs under various conditions. However, in some cases, the basis of anger might be established in childhood and reinforced over time.

A person who has an angry father in childhood can have three different roles in adulthood. The first is the tyrant: being an angry person by identifying with him.

The second is the victim. The victim tends to find a boss or partner who constantly spills out hatred against him or her. The third is the silent observer. He or she suppresses all emotions, including anger, behaves emotionlessly and focuses on perfection rationally. People feeling inadequate, worthless or loveless take the first role.

Anger, the result of thoughts in the mind, is a negative emotion but it can be a useful feeling as it can stimulate, protect and activate.

To survive, people need to protect themselves, be alert to threats and be warned. As long as anger remains an emotion and does not turn into aggressive behavior that harm oneself or others, it's useful and protective. However, when anger cannot be controlled and is expressed through negative behavior, it causes many problems. When a person gets angry, he or she experiences physical changes: an increase in heart rate, blood pressure and blood sugar before the mood change.

Anger can easily turn into violence

Anger management controls emotions, thoughts and behavior to express anger accurately. Anger is not seen as a feeling that should be controlled and managed by many people. Thus, it takes a large place in life and is effective. It is very common for people to feel nervous, irritable, helpless and frustrated and then develop anger due to challenging life conditions. However, the breaking point is the thoughts in the mind before the anger, inner speech and the behavior exhibited as a result of anger. What is important is one's control of his or her anger without harming himself or herself or the environment. A person should first understand how, when and why he or she is angry to control it. Anger is a dangerous emotion due to its potential to stimulate aggressive behavior. Aggressive behavior can lead to harming others physically or verbally.

Thus, if anger is seen as a solution to a problem, as a means of taking revenge or being right, it can direct people toward violence or crime.

You can manage anger instead of suppressing it

Anger is a feeling that can be controlled. A person with an anger problem can manage this stressful feeling with an expert's help instead of suppressing or ignoring the situation. Emotional anger control is possible by being aware of emotions and expressing them in the correct ways and in a positive manner. The body's reactions when it is angry should be recognized, and anger control should be provided in the emotional sense with changes in thoughts and behavior. Identifying factors that trigger anger through mental interpretation processes and avoiding them make it possible to control anger in cognitive terms. Controlling anger requires knowing and understanding negative behaviors when a person is angry and displaying positive behavior instead. Anger control, in communicative terms, means a person expresses his or her thoughts and expectations and desires correctly and avoids communicative conflicts. Thus, anger is a normal, natural condition that can be managed, which is an expression of maturity.