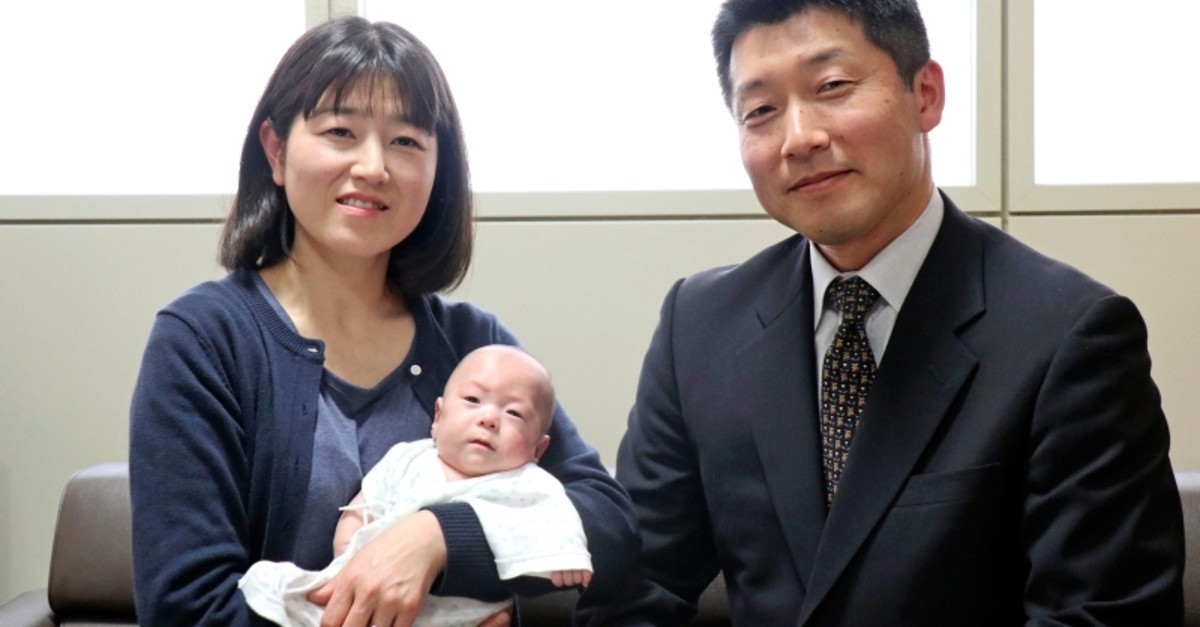 Ryusuke Sekino, a 5-month-old boy who was just 258 grams (9 ounces) when born, sits in the arms of his mother Toshiko Sekino, accompanied by his father Kohei Sekino, right, at a hospital in Azumino, Nagano Prefecture, central Japan (AP Photo)
by Compiled from Wire Services Apr 19, 2019 6:11 pm

A tiny Japanese baby who weighed just 258 grams (9 ounces) when he was born five months ago is going home from the hospital.

Ryusuke Sekino was shown on Japanese TV on Friday sitting in his mother's arms, looking somberly around at media cameras.

His mother, Toshiko Sekino, told reporters she was worried and cried a lot at first because he was so fragile and had transparent skin. She said she now is able to breastfeed him and is looking forward to taking him home on Saturday and giving him a bath there.

The University of Iowa keeps a Tiniest Babies Registry, which shows the previous smallest surviving boy weighed 268 grams (9.5 ounces) when he was born last year in Japan. A German girl born in 2015 weighed 252 grams (8.9 ounces).

"There have been difficulties in the treatment because, immediately after his birth, his blood vessels were too thin to administer intravenous drips," Dr. Takehiko Hiroma of Nagano Children's Hospital was quoted as saying by Kyodo News service.

"The survival rate of babies born weighing less than 1 kilogram is about 90 percent in Japan, but that of babies less than 300 grams (0.7 pounds) is low, especially for boys," Kyodo reported.

The news agency quoted the U.S. University of Iowa's Tiniest Babies Registry which said the previous record holder for the smallest baby was a boy born at Keio University Hospital weighing 268 grams.

The boy was discharged from the hospital Feb. 20.

He said the baby is healthy now and weighs 3.37 kilograms (7.4 pounds), Kyodo reported.

Japanese media said he measured 22 centimeters (8.7 inches) in length when he was born.

"I can really feel his weight now. He used to be so light," his mother said on Fuji TV news.