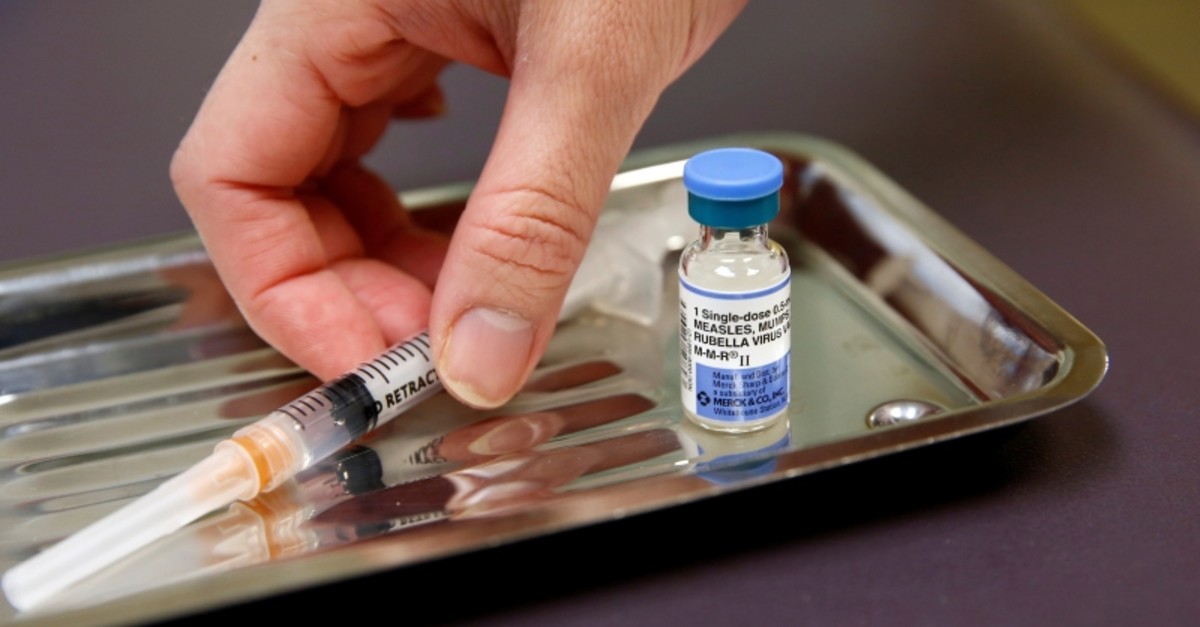 The United States recorded 78 new measles cases last week for a total of 704 cases so far this year, the greatest number in a quarter century, federal health officials said Monday.

The number was up 1.3% since the most recent tally of 695 reported on Wednesday, according to The U.S. Centers for Disease Control and Prevention (CDC).

The number of cases in the first five months of this year has already eclipsed the total for any full year since 1994, when 963 cases were reported.

Some 22 states have recorded cases of the extremely contagious and sometimes deadly disease.

The CDC said this year's count includes 44 people who caught the disease while traveling in another country. Some of them triggered U.S. outbreaks, mostly among unvaccinated people. That includes the largest outbreaks, in Orthodox Jewish communities in and around New York City.

Three-quarters of those who caught the extremely contagious disease are children or teenagers.

No deaths have been reported but 66 patients were hospitalized.

Measles spreads through the air when an infected person coughs or sneezes.