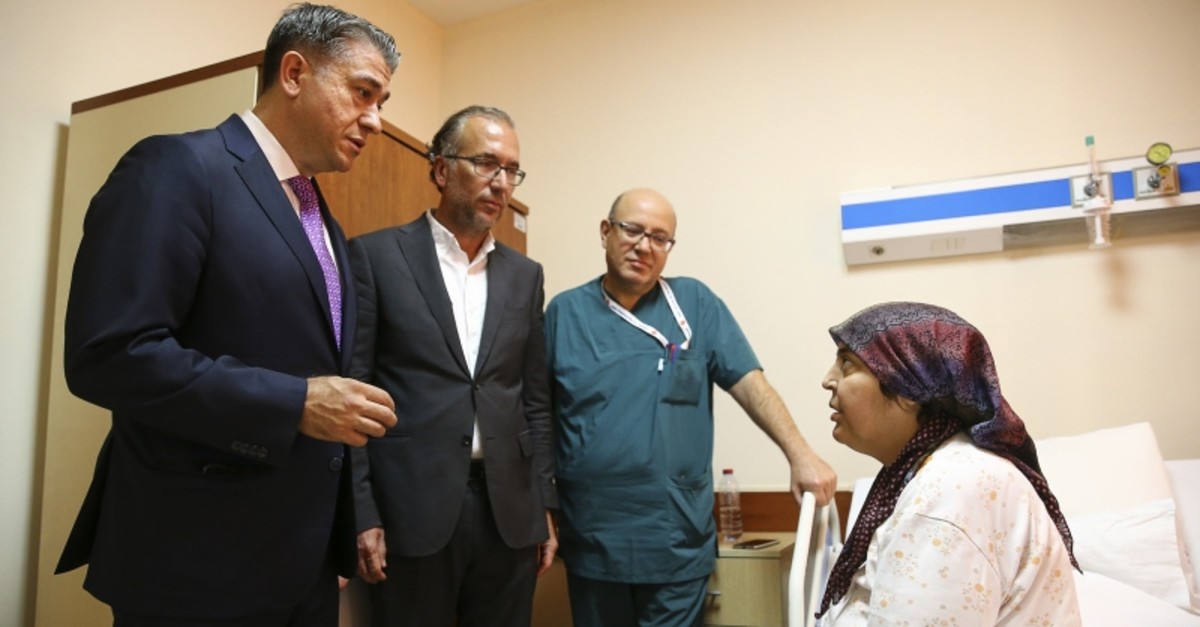 | AA Photo
by Anadolu Agency Jun 26, 2019 12:40 pm
Turkish doctors have developed a method that allows people with smaller livers to be donors and also reduce their operational risk, boosting hope for recipients.

"Our new method allows people whose livers are (normally) too small for liver transplantation to be donors," Dr. Deniz Balcı of the Medical School at Ankara University told Anadolu Agency on Wednesday.

Balcı said the new technique is based on two separate phases. First, some parts of the recipient's liver are removed, and then the smaller liver portion from the donor is put into the recipient's "emptied-out" liver.

"Once the transplanted liver naturally grows bigger in the recipient's body, after three to four weeks, we remove the sick parts of the patient's liver," he said.

This new method has advantages to both the donor and recipient, as the donor only gives one-third of his liver, unlike traditional methods which requires two-thirds of the organ.

The new method makes the operation four to five times safer for the donor, he added.

"This (method) also has huge importance for the recipient," he said, stressing that people who have only a single family member who could donate a liver will have better chances.

So far the new method has shown great success, he added.

Dönsel Yenice, a 48-year-old diabetic mother of three, got a liver transplant using the new technique.

"My surgery went great, I feel great! I want to live happily with my children after fully recovering," she said.

Halit Yenice, her husband, said: "We came (to the hospital) by foot, and we'll leave on foot as well."