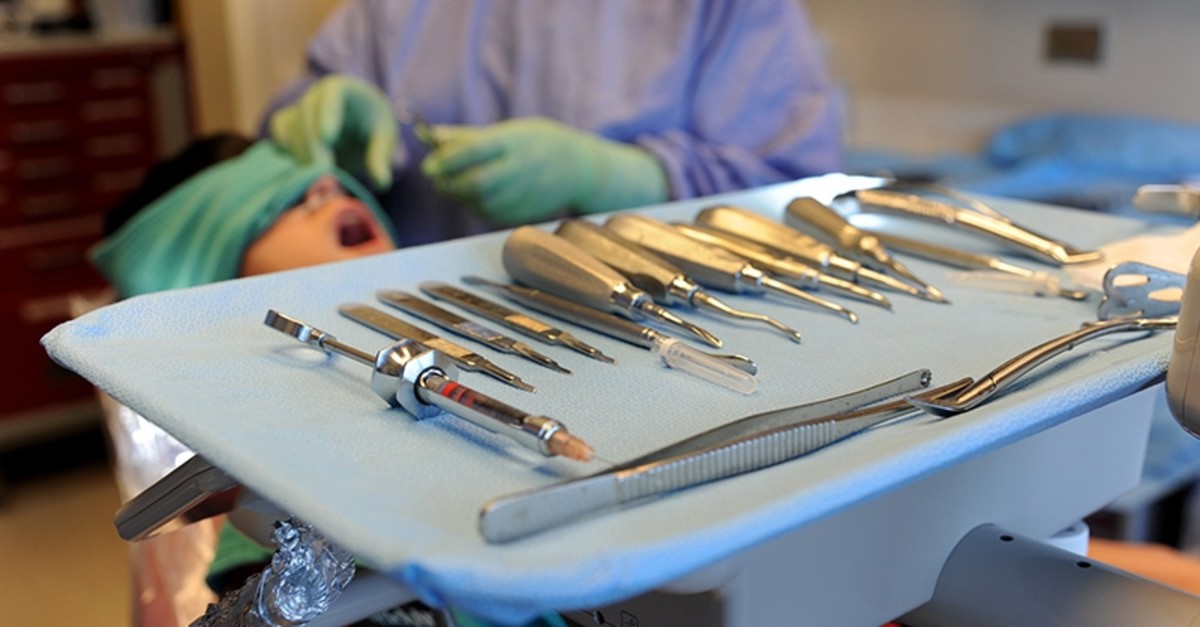 When doctors in India admitted a 7-year-old boy complaining of a massive toothache, they could never have guessed what the X-ray would show – 526 extra teeth growing in the young boy's mouth.

The boy went to a hospital in southern Chennai last month due to pain and swelling around his lower right molars.

Dr. Prathiba Ramani, director of Oral and Maxillofacial Pathology at Saveetha Dental College and Hospital, told CNN that an X-ray revealed a sac in the boy's lower right jaw was filled with "abnormal teeth."

Two surgeons removed the sac from the boy's mouth. They drilled into the jaw from the top, taking care not to break the bone so that reconstruction surgery was not necessary, Dr. P. Senthilnathan, head of the hospital's Oral and Maxillofacial Surgery Department, told CNN.

He described the sac as "a kind of balloon with small pieces inside."

A team of doctors then worked for more than four hours to individually examine and count the teeth inside.

"There were a total of 526 teeth ranging from 0.1 millimeters (.004 inches) to 15 millimeters (0.6 inches). Even the smallest piece had a crown, root and enamel coat indicating it was a tooth," Dr. Ramani said.

The boy, who was released from the hospital three days after the surgery, now has a healthy number of 21 teeth and is expected to fully recover.

Dr. Ramani said the boy had the very rare condition of compound composite odontoma. The cause of the sickness is unknown but it could be genetic or caused by environmental conditions like radiation from mobile phone towers, she said.

The boy's parents said they first noticed swelling in his jaw when he was about 3 years old, indicating that he may have had the extra teeth for a long time. At the time, they were not able to treat the condition because the boy would not sit still to allow doctors to examine his mouth.

"I am very happy now that my child is fine. I am relieved. He is eating happily and leading a normal life," the boy's father told British daily The Independent.

Dr. Senthilnathan said the incident demonstrates the importance of seeking treatment for dental issues as soon as possible. He said awareness of dental and oral health has been improving in India, though access to treatment in rural areas remains limited.