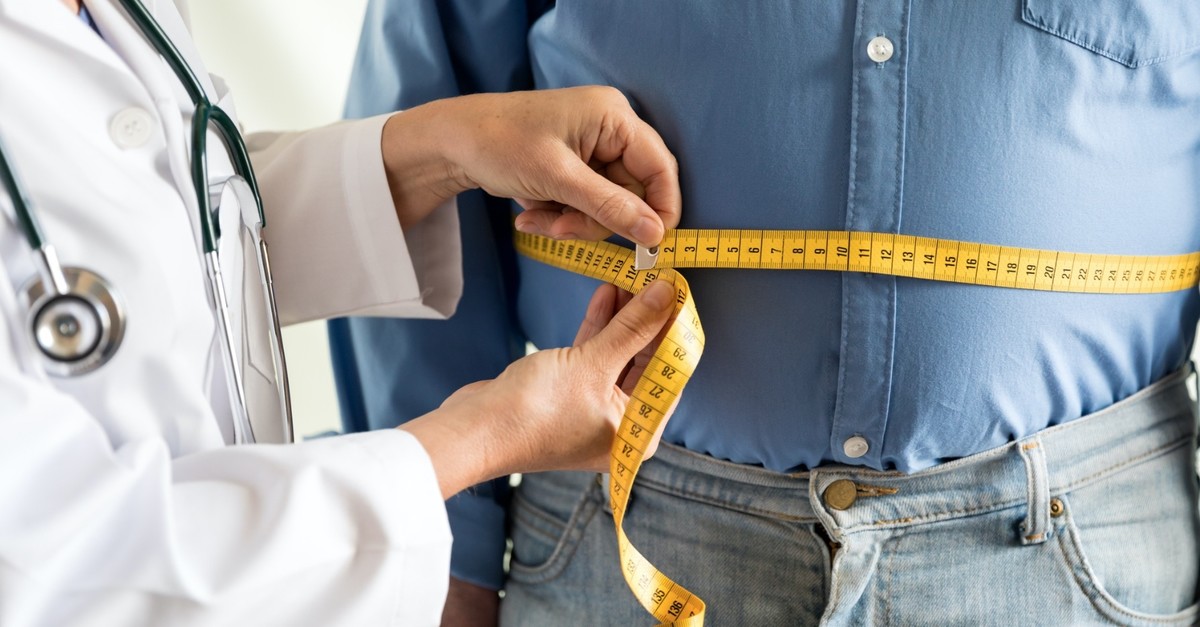 Turkey has taken crucial steps to stop obesity among the population by encouraging them to consult doctors and start exercising.
by Mindy Yartaşı Sep 16, 2019 12:06 am

Often considered a private struggle, weight gain and obesity are influenced by factors that could be curbed by government initiatives, a fact that has led Turkey to step up its efforts to counter the region's growing obesity crisis

Though the Mediterranean diet, with its heavy use of extra virgin olive oil and wide variety of vegetable-based dishes, is heralded as one of the healthiest cuisines in the world, obesity across the region has been steadily on the rise. In fact, according to World Health Organization (WHO) data, 50.1% of the region's adult women and more than two-in-five men, or 43.8%, are overweight or obese.

It is a common misconception that being overweight or obese is solely the individual's issue; in reality, health issues that arise from obesity not only weigh heavily on the sufferer, but also on the country's health care system and in the end, taxpayers' pockets, with obesity-related illnesses worldwide expected to rack up bills totaling $1.2 trillion yearly by 2025. As a result, certain factors that compound weight gain can and should be addressed on a governmental level to help reverse the unhealthy, and costly, trend.

Included in the WHO Eastern Mediterranean report are suggestions for battling obesity en masse in the region — an area that includes the island of Cyprus, Greece, Lebanon, Syria, Israel, Palestine, Turkey, Egypt, Libya and Jordan. These suggestions include educating catering businesses and public institutions on properly balanced nutrition that would lead to changes in menus to include less fats and sugars and more fiber-rich, nutritious meals; mass media campaigns to promote physical activity; promoting physical activities in school curriculums and proper physical education; increased accessibility to recreational and sporting activities; development of urban policy that encourages less use of motorized vehicles and more use of public transport, cycling and walking; more governmental control of product ingredients, including higher taxes on snack foods and processed sweets; and government subsidies for the promotion of healthier options for all socioeconomic levels.

Turkey has taken steps to promote healthy lifestyles across the country, and the steps have come just in time. Alarmingly, in its 2013 report "Nutrition, Physical Activity and Obesity Turkey," WHO statistics forecast that by 2020, 44% of men and 26% of women in Turkey will be obese, and by 2030, the model predicts that the number of men will rise even further to 51%, ranking it among the top overweight countries in Europe.

Part of the increase in obesity is rooted in a decrease in physical activity. To counterbalance this, municipalities across the country have built sports complexes, public gyms and indoor pools that citizens can use for free to promote physical activity. Likewise, almost every public park has easy-to-use workout equipment mimicking the functions of motorized machines found in gyms to produce full-body workouts along with walking paths.

In addition to exercise, dietary habits also largely determine the overall health of a country. Data from 2012 shows that Turkey ranked first in Europe in sodium consumption at well above 9 grams of sodium per day, far exceeding the maximum recommendation of 5.9 grams. Since the release of the data, initiatives have been launched in Turkey to counter the public's sodium consumption, including widespread education in schools and health care facilities, printed informational brochures and movements in the food industry to reduce the amount used in products and prepared food.

Children are more susceptible to flashy advertisements for prepackaged snacks and soft drinks and are also prone to developing food addictions and uncontrollable cravings as a result as adults. For youngsters, starting in the 2011-2012 school year, Turkey launched a school campaign restricting the sales of carbonated beverages and junk food in school canteens to reduce the amount students consume daily. The government also extended the campaign to include restrictions on TV and radio advertisements, limiting commercials for unhealthy food during programming that targets children.

Experts recommend each person consume 600 grams of fruit or vegetables a day, and Turkey's average is well above that at 900 grams. However, inflation in Turkey caused the prices of fresh produce to skyrocket in the winter of 2018-2019. In response, the government set up municipal sale points for fresh produce, called Tanzim Markets in Turkish, to help citizens living in two of the country's largest cities hit the hardest, Istanbul and Ankara, afford to maintain healthy diets. At the time, the average price for a kilogram of tomatoes was TL 10, but at the sales points people could buy the same amount for TL 3. Likewise, a kilogram of onions soared to TL 18 in some places, but thanks to the efforts of the government-run Agricultural Credit Cooperative of Turkey who managed the sales points, 1 kilogram cost consumers TL 2.