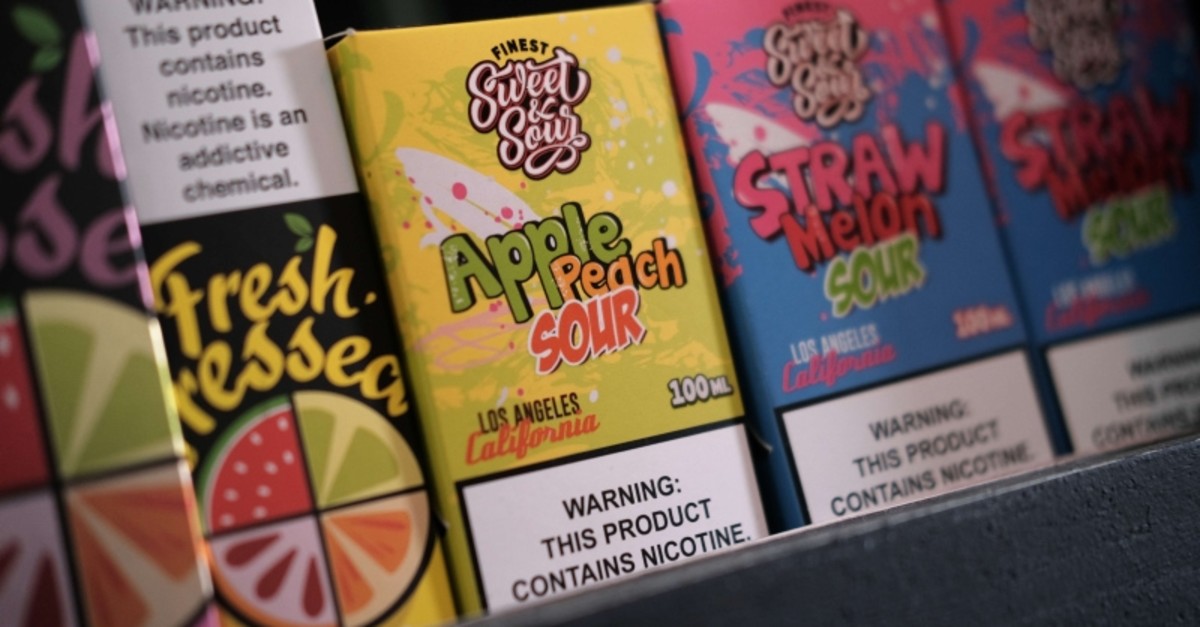 New York became the first state to ban the sale of flavored e-cigarettes Tuesday, a move that comes as federal health officials investigate a mysterious surge of severe breathing illnesses linked to vaping.

The vote by the state Public Health and Health Planning Council means the prohibition, which covers flavored e-cigarettes and other vaping products except for menthol and tobacco flavors, goes into effect immediately. Retailers will have two weeks to remove merchandise from store shelves.

Cuomo pointed to vaping flavors like bubblegum and cotton candy that he said seemed aimed at young people.

"We don't really know the health consequences of these devices," he said on public radio Monday.

Vape shop owners say they're considering a legal challenge to the new regulation, which they say should have gone before lawmakers for hearings, debate and a vote. Several spoke at the meeting to urge council members to reject the ban.

Mike Kruger owns two vape shops in the Albany region and said the ban could force hundreds of businesses like his to close. He said smokers looking to quit will have fewer options under the ban, potentially leading to an increase in the use of traditional tobacco products. As for the breathing illnesses, Kruger said he believes they are the result of people buying black market vape liquid, not the items he sells.

"We are bypassing the legislative process," he said of the ban. Kruger added that many adults seek out the flavored versions. He himself prefers blue raspberry. "Vaping has been around for 12 years. And now this."

Keith Mautner, who owns a vape store in Queens and uses the products himself, estimates that flavored e-cigarettes make up 95% percent of his business. He said state leaders should have cracked down on manufacturers if they were concerned about the products being used by teens.

"That's the problem, the manufacturers. It's not us," he said.

The exemption for menthol was criticized by some health groups, who worried young people would switch to that variety. It includes all types of flavored vaping products, including disposable and refillable devices.

The state health department said it would be studying whether menthol should be added, and a report would go to Cuomo in two weeks.

Juul Labs, Inc., the company with the biggest footprint in the industry, has said it agrees with the need for action in the flavored e-cigarette sector and will comply with any final state and federal regulations.

New York becomes the first state to enact the ban. Michigan approved a ban that includes menthol, but not tobacco flavor, but rules for enactment have not yet been put into place. Other states are also considering bans.

The statewide smoking age is going up to 21, after Cuomo signed legislation earlier this year. He also recently signed a mandate that requires state anti-tobacco campaigns to also include vaping.

The emergency regulation enacted Tuesday will expire in 90 days unless it's renewed. Cuomo has proposed legislation that would put the ban in state law, eliminating the need to renew the ban.

Nationwide, health officials are also investigating hundreds of cases of serious breathing illnesses in people who use e-cigarettes and other vaping devices. They have identified 380 confirmed and probable cases in 36 states and one territory, including six deaths. President Donald Trump has proposed a federal ban on flavored e-cigarettes and vaping products.

The FDA has been able to ban vaping flavors since 2016 but has yet to take the step.

The global market is estimated to have a value of as much as $11 billion.