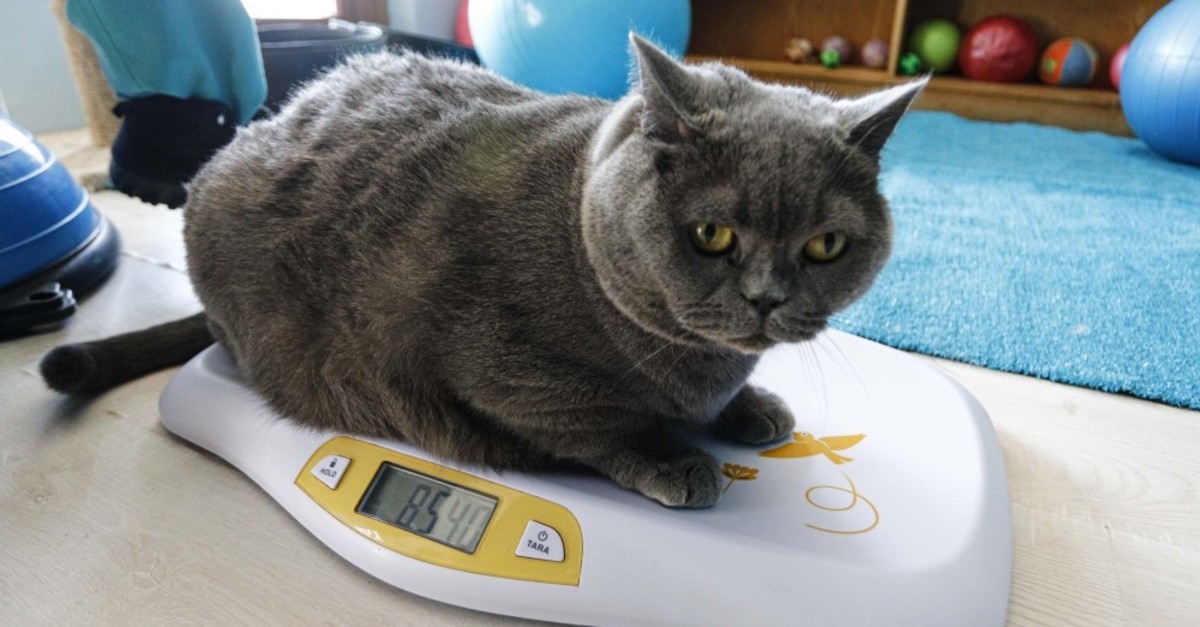 Just because you only see people at the gym, does not mean that only humans have problems with their weight. A seven-year-old British Shorthair named Shanti is under a strict diet and exercise program as he put too much weight on over the years due to an unhealthy diet, and well because he was also very lazy.

Normally, British Shorthairs weigh between five to seven kilos. Shanti, on the other hand, was 13 kilos before he started his journey to a healthy lifestyle. With a course of walking therapy he receives at a physical therapy and rehabilitation center, Shanti managed to shed 4.5 kilos but he still has a long way to go. Shanti's owner Yasemin Aker, who lives in the capital city of Ankara, adopted Shanti when he was just a baby. She was always mocking Shanti for being lazy and eating too much but three months ago she discovered that Shanti is far heavier than he should be. Taking Shanti to a vet, Aker found out that he needed intensive therapy to lead a healthy life. So every day, Shanti now gets on the treadmill and exercises with a Pilates ball. Currently, the British Shorthair is 8.5 kilos but still has 3.5 kilos left to shed.

Shanti's doctor Yağmur Denli informed the media that despite the fact that Shanti is a little more aggressive than other British Shorthairs, he does not cause any problems during his exercises. To protect his heart, the exercise program only lasts 15 minutes. "Shanti ate whatever his owners were eating throughout his time with the Aker family. Now, he has his own diet and will soon become healthy again," said Denli.