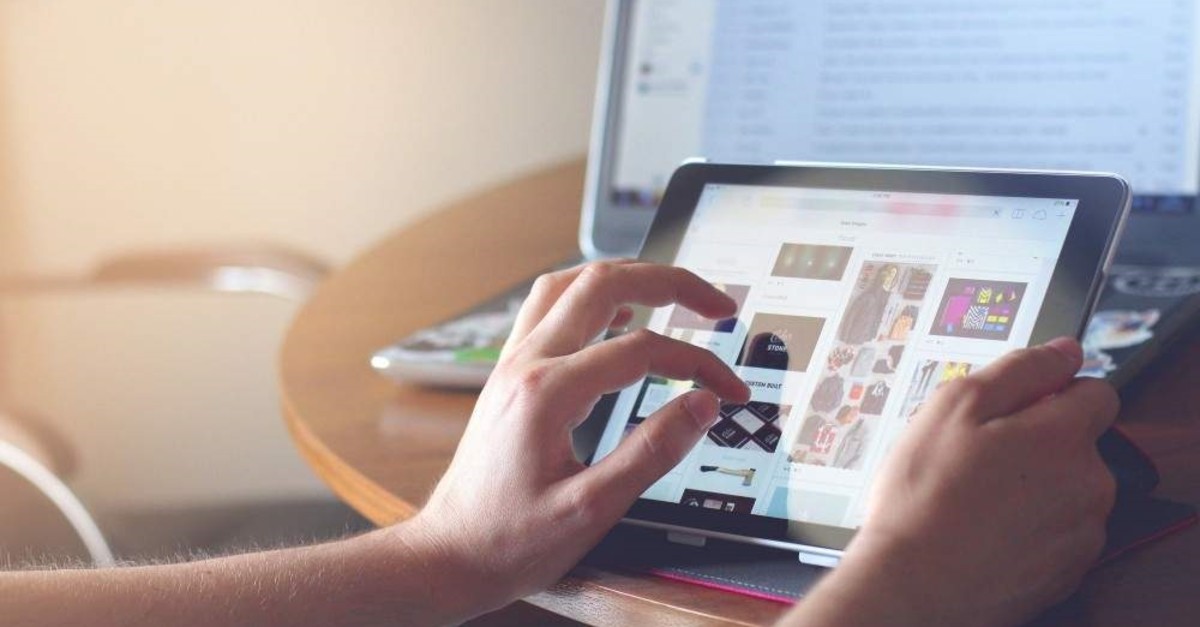 Scientists have discovered that blue light coming out of tablet, computer and smart phone screens can cause organisms to age quicker than usual. (FILE Photo)
by Daily Sabah Oct 23, 2019 12:46 pm
Modern people do not want to age. That is why anti-aging creams and diets are such hot trends around the world. However, scientists have discovered that the blue light that comes right from your beloved smart phone, tablet or computer might be affecting your longevity.
It has been long known that blue light is bad for brain cells and the retina. Recent research conducted by Oregon State University, on the other hand, claims that skin cells are also vulnerable to the notorious blue light.
For the study, Drosophila melanogaster, the common fruit fly, an important model organism because of the cellular and developmental mechanisms it shares with other animals and humans, were used.
Flies subjected to daily cycles of 12 hours in light and 12 hours in darkness had shorter lives compared to flies kept in total darkness or those kept in light with the blue wavelengths filtered out.
Apart from the damage in their brain cells and in the retinas of the flies who were exposed to blue light, some of them also lost their ability to climb.
According to the article published on Science Daily, Jaga Giebultowicz, who led the research, said “The fact that the light was accelerating aging in flies was very surprising to us at first. We measured the expression of some genes in old flies, and found that stress-response, protective genes were expressed if flies were kept in light. We hypothesized that light was regulating those genes.”
Until scientists find a way to prevent the harmful effects of blue lights on humans, there are a few things you can do to better protect yourself.
Eyeglasses with amber lenses will filter out the blue light and protect your retinas. And phones, laptops and other devices can be set to block blue emissions.