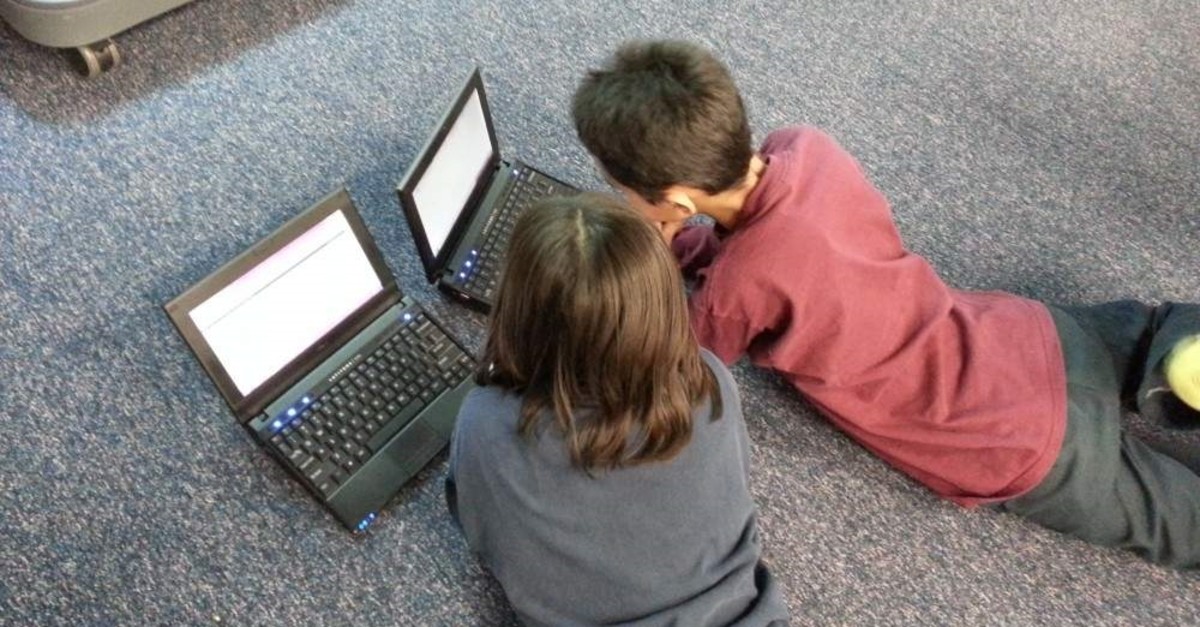 Children should be closely monitored by their parents while playing video or mobile games. (FILE PHOTO)
by Anadolu Agency Nov 14, 2019 12:11 pm
There has been a long-standing controversy around the world om whether violent games have negative effects on children. However, studies provide converging evidence that exposure to media violence is a significant risk factor for aggressive and violent behavior. Commenting on the controversy, professor Levent Eraslan of Anadolu University said that violent video or mobile games should not be considered as “games” since they have addictive features.
“Violence teaches violence,” said professor Eraslan. “When the player shoots another in the game, his or her body releases dopamine and serotonin, causing them to take pleasure from the act. Hence, we consider these types of games addictive and call them a digital drug.”
Violent games are highly popular among young people between the ages of 16 and 26. With the increasing popularity of mobile games, these people not only play these games at their homes but also on their smartphones during their daily life. According to Eraslan, since these games are available to all technology users, it is inevitable for them not to affect children.
“Games such as ‘Mavi Balina’ ('Blue Whale'), ‘Momo’ and ‘Mariam’ are popular games that teach children violence. Violence is something that can be learned. It is important to protect our children from such games,” added Eraslan.
Eraslan also highlighted that predators use online games. He said that after midnight online criminal activities increase and children should not be allowed to play online games after midnight. “Children who lack motivation, whose school grades are dropping and who stay in their rooms all the time playing online games should be monitored closely,” he added.
However, Eraslan also warned parents that it is not possible to ban children from the internet or video games. “Parents should meet on the middle ground with their children and monitor them closely. We advise reducing the time children are spending online gradually."
Last Update: Dec 20, 2019 1:40 am
RELATED TOPICS