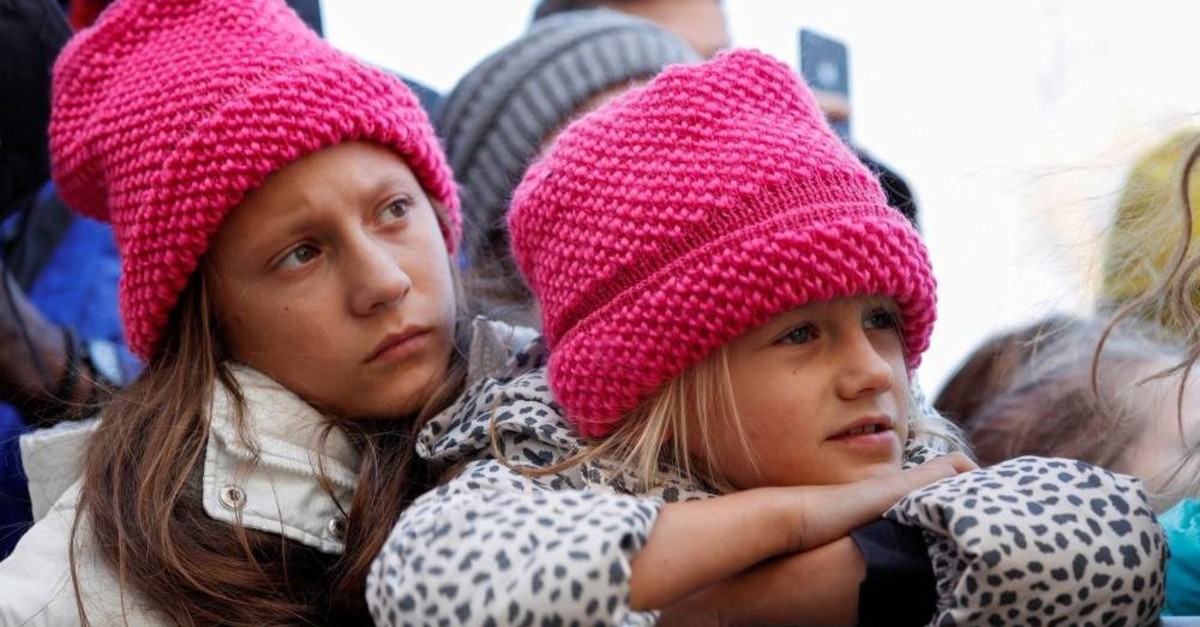 Children are growing up in a warmer world that will hit them with more and different health problems than their parents experienced, an international report by doctors said.
With increasing diarrhea diseases, more dangerous heat waves, air pollution and increases in mosquito-borne diseases such as dengue fever and malaria, man-made global warming is already harming public health around the world, the annual climate change and health report from the U.K. medical journal The Lancet said Wednesday.
But the report and its authors said they worry that the future health of the world’s youngest people will get even grimmer if emissions of heat-trapping gases aren’t curbed.
“A child born today as they go through their lives they are going to be increasingly exposed to more and more harms that I did not experience,” said study co-author Dr. Renee Salas, a Boston emergency room physician and professor at Harvard. “I cannot think of a greater health emergency,” Salas said.
Already, the number of days when conditions are ripe for the spread of the water-borne bacteria Vibrio, a major cause of debilitating diarrhea, have doubled since 1980 with last year ranking second-highest on record, the report said. Because of the warming climate, 29% more of the U.S. coastline is vulnerable to Vibrio. The report also said the cholera version of Vibrio has increased nearly 10%.
Nine of the top 10 years where conditions were most ripe for dengue fever transmission have occurred since 2000, the report said.
Those diseases hit children harder, the report said. And children, the elderly, the poor and the sick are most hurt during extreme heat with dangerous overheating, respiratory disease and kidney problems.
“Children are the most vulnerable. They will bear the vast majority of the burden of climate change,’’ said Dr. Nick Watts, an Australian emergency room physician and the lead author of the global report. “Their health will be hit by climate change in a profoundly different way.”
While medicine and public health have improved over the decades, allowing people to live longer, climate change “threatens to undermine all of the gains we’ve had,” Salas said.
Dr. Cindy Parker, an environmental health professor at Johns Hopkins University, praised the peer-reviewed report, which she wasn’t part of, but she worried that focusing on the health effects that have already happened lessens the urgency of the future.
“Climate change is a risk amplifier,” Parker said in an email. So as bad as the health problems are, add in water and food shortages caused by climate change and there will be more social unrest and conflict around the world, she said.
As an emergency room doctor, Salas said diseases that spread farther because of a changing climate, such as Lyme Disease, are something she has to consider when she treats patients.
During an emergency room shift in July, Salas saw an elderly man during a heatwave with a body temperature of 106 degrees. The ambulance crew said he lived on the top floor of a public housing complex with no air conditioning and when they opened the door “there was this wave of heat that hit them.”
Salas was able to save him. But as a doctor she struggles with cases where there is no way to treat the patient, such as with devastating bleeding inside the brain. With climate change health problems, she said, the remedy is stopping emissions of heat-trapping gases from the burning of coal, oil and gas.
“We can’t ‘doctor’ our way out of this,” said Dr. Georges Benjamin, executive director of the American Public Health Association, who wasn’t part of the study but praised it. “We must address the root causes of climate change.”
Last Update: Dec 20, 2019 1:40 am
RELATED TOPICS