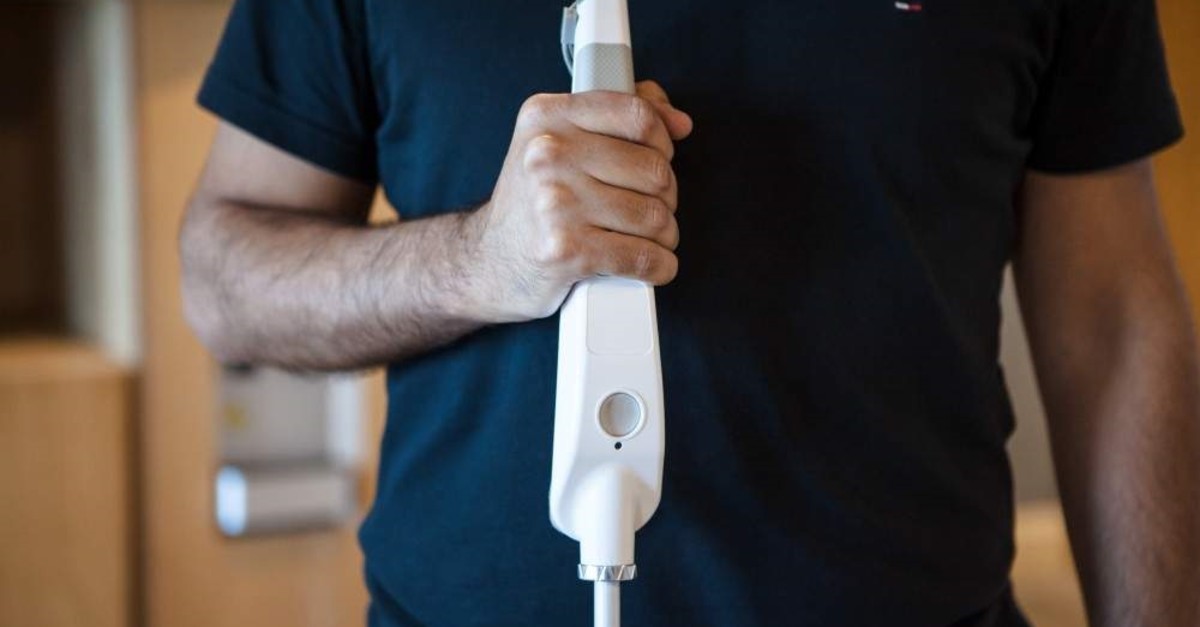 Following a traumatic accident in New York that left him permanently scarred, a blind man from Turkey turned the unfortunate event into an opportunity to help millions.
Making his way through the streets of the Big Apple while pulling a suitcase, holding a walking stick and using a smartphone for navigation was too much to handle, recounted Kürşat Ceylan.

While speaking to an audience in Berlin last year about his accident, Ceylan said, "Reflexively my hand went to my face and oh, it was really bloody." But the injury planted in his mind the seed for an invention: WeWalk, the world's first smart cane that would help more than 280 million visually impaired people around the globe.

Listed as one of the best inventions of 2019 by Time magazine, WeWalk uses cutting-edge technology to make it easier for visually impaired people to navigate complicated terrains. "Visually impaired people have been using white canes for years, which is basically a stick," Ceylan, the 33-year-old co-founder of WeWalk, told Anadolu Agency (AA) in Maslak, an Istanbul business hub.

"We can detect a lot of obstacles ahead [with a plain cane] especially at the ground level, like steps or holes," he said. "But we can't detect obstacles at chest or head level, like trees and signs."

But WeWalk changes all that, alerting blind people by making a sound or vibrating when there is an obstacle ahead.

The device is lightweight at only 252 grams and measures about 30 centimeters in length. It features a touchpad, and its interface comes in several languages, including English, Turkish, Portuguese, Arabic and very soon Spanish and French.

"Technology is developing fast, and now we have transferred this technology into white canes," said Ceylan. "So when blind people are walking, they can navigate wherever they want to go or learn what the schedule at a bus stop."

The smart cane is already integrated with Istanbul's public transportation system as well as with Google Maps and voice assistant. The electronic cane retails for about TL 1,990. In the future, it is set to be integrated with ride-sharing apps and smart cities.

"In many countries, state or city governments are providing this technology for visually impaired people, and we expect the start of something similar in Turkey," he added. Feedback from users has also been very positive, according to Ceylan.

The WeWalk team recently received an email from an Irish teacher who lost his sight a few years ago, saying that with the help of the smart cane, he was able to resume his social life.

WeWalk, however, is not the team's only product.

On being honored by Time magazine, Ceylan said: "This pleases us as technology producers from Turkey. We developed this technology entirely in Turkey and made the cane in Turkey with the support of Vestel," a Turkish appliance maker popular in both Turkey and Europe, he added.

"It really pleases us to be an inspiration to the world as a success story from Turkey," he said with pride.

Now WeWalk's team is working on a project that will notify visually impaired people of nearby shops, cafes and restaurants as they stroll down the street.