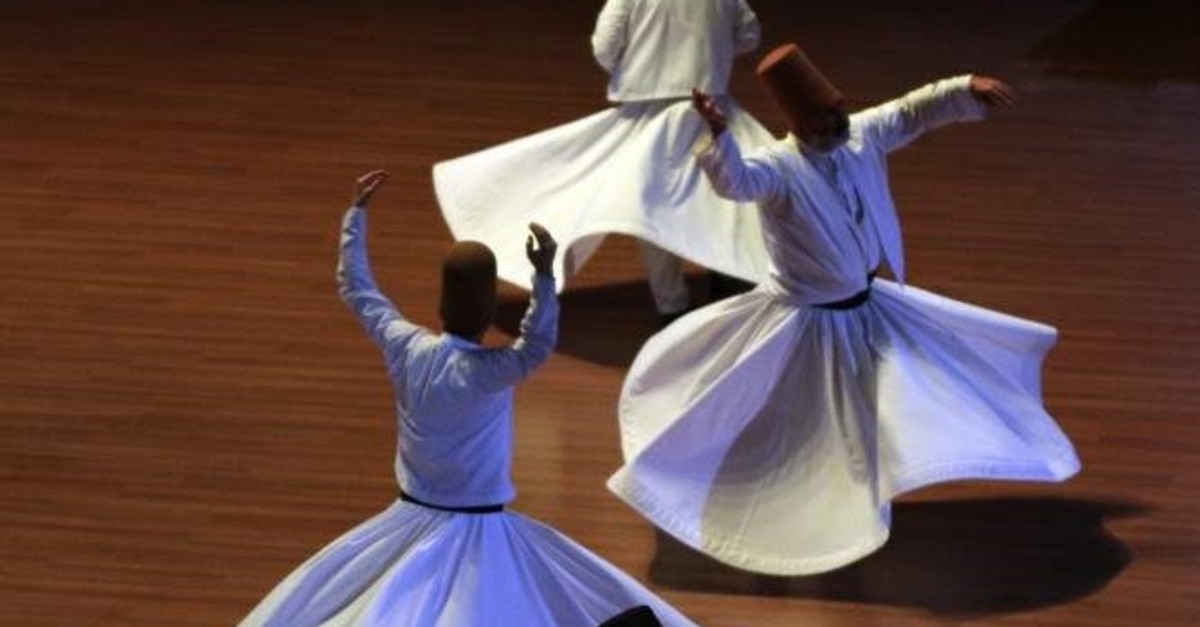 When 55-year-old Fatima showed signs of depression after her only son disappeared while in the custody of security forces in India-administered Jammu and Kashmir, doctors at a psychiatric hospital told her to visit a shrine and listen to a Sufi musical composition inspired by the works of Mevlana Jalaluddin Rumi.
According to a survey conducted by Doctors Without Borders a few years ago, nearly 1.8 million people in the disturbed region were suffering from mental distress.
Since the latest communication blockade in Jammu and Kashmir that started on Aug. 5 after India stripped the region of its limited autonomy, many more people have been complaining about psychological disorders.


"We have nothing to offer them, except anti-depressant drugs. They need peace of mind. So, we ask them to listen to Sufi music to calm their nerves," said a doctor at the Kashmir Valley's only mental hospital in Srinagar.
"We have not documented the results, but many patients have reported partial recovery," the doctor, who spoke on condition of anonymity due to security concerns, told Anadolu Agency.
For centuries, Kashmir's Sufi music maestros have regaled audiences in Kashmir with the poetry of 13th-century poet and Islamic scholar Rumi, who is buried in the Turkish city of Konya. Two other Persian poets, who have regaled people in Kashmir are Nuruddin Abdul Rahman Jami and Khawaja Shamsudin Hafez Shirazi.
The city of Konya, located south of the capital Ankara in Turkey's Central Anatolia region, is currently commemorating the 746th anniversary of Mevlana’s death, where thousands of visitors are marking his union with Allah.
Faraway from Konya, over the years in the fading sunset, life almost came to a standstill at the hillock of Hari Parbat, or Kohi Maran, that houses the shrine of local saint Sheikh Hamza Makhdoom.
Playing his fingers on santoor, a hundred-stringed instrument, maestro Ustad Mohammad Yaqoob Sheikh, would give new life to Rumi's poetry.
"We used to perform this music only when the light fades and dusk approaches. We draw lyrics from Rumi, Jami and Hafiz," he said.
To add to the misery of the local population, the main mosques and shrines in the region have either remained shut or have had limited access since August due to clampdowns. The phenomena is only deepening depression and psychological disorders.
"Sufi music has also suffered due to the tense political climate in Kashmir. Now over the years, many people suffering from mental disturbances were prescribed to listen to Sufi music to explore spiritual roots for the sake of peace of mind," said the musician.
He believes that the power of Rumi's poetry was used as a therapy to create an island of peace around the listener. Even though it is an illusory world, it helps people reach a higher state of consciousness, where they regain control of life.
Inspiration from Rumi
Talking to Anadolu Agency from the Indian capital New Delhi, former Indian Air Force Vice-Chief Kapil Kak, also a Kashmiri Pandit (Hindu), said that Kashmiri culture over the centuries has taken inspiration from Rumi, who spoke of loving human beings and not just tolerating them.
The mystic chain of Sufi Poets in Kashmir started from the 14th century with the famous poetess Lal Ded (Lalleshwari), the grand mystic woman poet. Sheikh Noor-ud-Din Noorani (Nund Reshi) is the next legendary Sufi poet.
Reshi was the founder of the Sufi order in the 15th century called the Reshi Order. There are also so many mystic poets like Habba Khatoon, Shamas Faqir, Niama Saeb, Soch Kral and Wahab Khar, who were deeply merged in the devotion of divinity.
Reshi, commonly known as Alamdar-e-Kashmir, and Sheikh-ul-Alam was intensely inspired and influenced by Rumi which is quite visible in his couplets. Like Rumi, every Sufi poet in Kashmir has given a special place to Prophet Muhammad.
Mohammad Yousuf Taing, a scholar and historian, traces the roots of Persian becoming a lingua franca to Kashmir's connections with Central Asia.
He said that since Islam traveled to Kashmir in the 14th century from Central Asia, the Persian language automatically became a connecting link.
Mir Syed Ali Hamadani, the preacher who brought Islam in the region, was himself a Persian scholar. Since his advent, local scholars have spread Rumi's poetry, which is recited in mosques and dargahs in the form of prayers.
The influence of Rumi runs so deep that it seems that Kashmiri Sufi poets have read and understood Rumi wholeheartedly. Many poets have used similar thoughts as Rumi did and some poets have utterly written the same poems but in the Kashmiri language.
Whirling dervishes or Dambali
According to Mubashir Iqbal Kitaba, a research scholar, four Persian language books have earned praise in the region. They are Shahnama-i-Firdausi, Guliuan-i-Saadi, Masnavi of Rumi and Diwan-i-Hafiz.
"But the Masnavi of Rumi is the most popular of all. It has always been a favorite book of intellectuals and religious men. A number of commentaries have been written on it," he said.
On the outskirts of Srinagar city in Zakura, at the shrine of Lal Bab Sahib, devotees assemble once a year to perform dervish dance, locally known as "dambali." It resembles the whirling dance of Turkish dervishes.
Dambali artists come from the Lalpora village of central Badgam district in the Kashmir Valley, the home of the saint buried at Zakura.
Holding long wooden posts in their hands, the groups of dambali artistes go around in circles as other devotees watch them. After performing at the shrine, they carry their wooden posts, called alums, to the famous shrine of Hazratbal, which houses a relic of Prophet Muhammad and finally to the shrine of Sheikh Hamza Makhdoom on the hillock of Hari Parbat.
Last Update: Dec 20, 2019 2:24 am
RELATED TOPICS