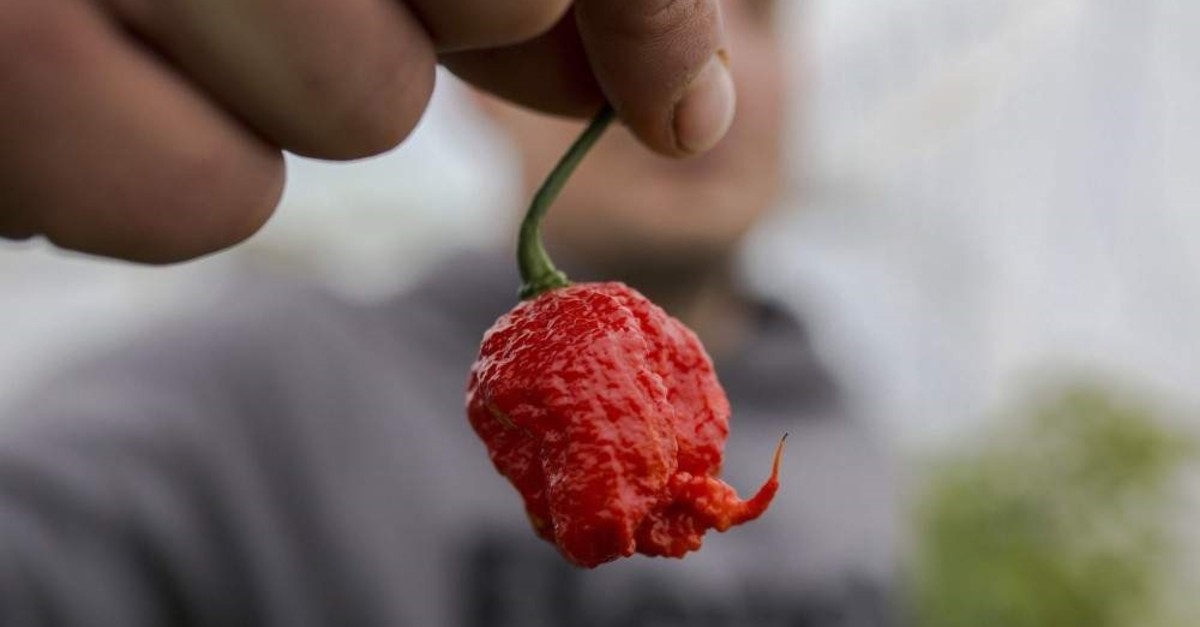 The young farmer Aleksandar Tanic shows the hottest pepper in Serbia on Dec. 3, 2019, which he produces in the southern Serbian town of Niska Banja. (AFP Photo)
by Daily Sabah Dec 18, 2019 12:26 pm

A new study by Italian researchers claims that eating spicy food more than four times a week reduces the risk of fatal strokes and heart attacks.

The study, published in the Journal of the American College of Cardiology in December, followed over 22,000 citizens of the Molise region in Italy, some of whom ate chilis and some of whom did not, for a period of eight years.

The study found that those who regularly ate spicy chili peppers or other spicy foods were 40% less likely to die of a heart attack while their mortality risk from all other causes was 23% lower.

Study lead author Marialaura Bonaccio, an epidemiologist at the Mediterranean Neurological Institute (Neuromed), said that the lower mortality risk was independent of the type of diet people followed.

“In other words, someone can follow the healthy Mediterranean diet, and someone else can eat less healthy, but for all of them, eating chili peppers has a protective effect,” he was quoted as saying in the CNN report published on Dec. 16.

Licia Iacoviello, director of the Department of Epidemiology and Prevention at Neuromed and a professor at the University of Insubria in Varese, said that chili peppers were always a fundamental component of Italian food culture.

“We see it hanging on Italian balconies, and even depicted in jewels,” she said.

She added that the beneficial properties of chilis have been passed down through Italian food culture.

Lacoviello explained that various plants of the capsicum family, despite being consumed in different ways throughout the world, could protect our health as already observed in China and the United States.

The researchers are now planning to investigate the biochemical mechanisms that make chili peppers good for our health.