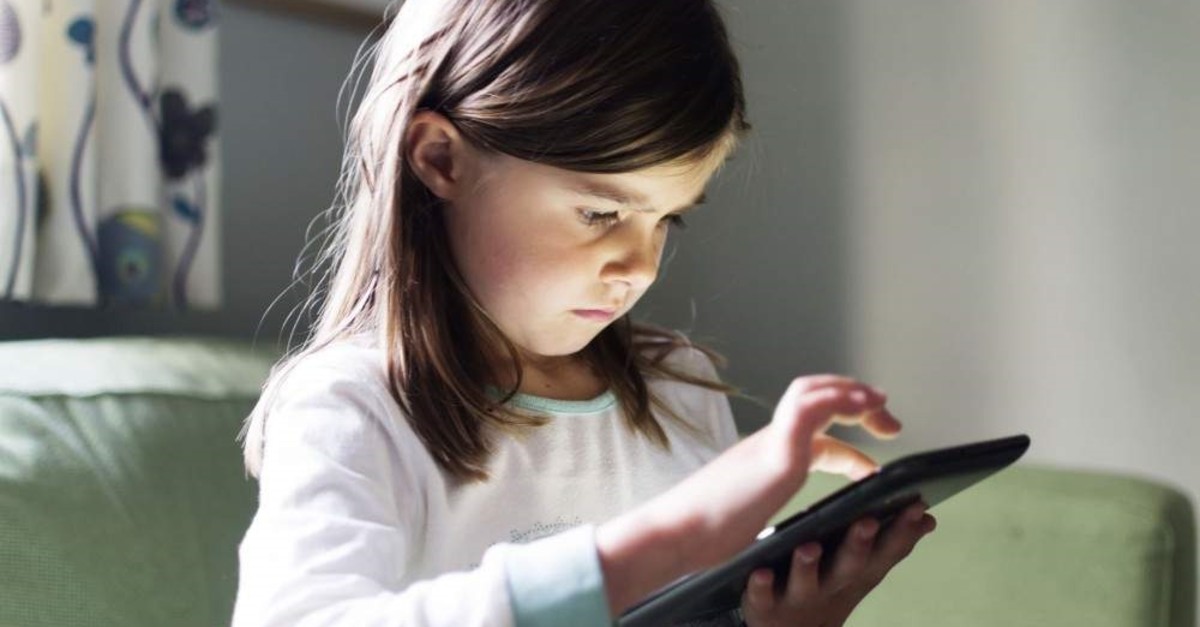 A young girl uses a tablet computer late at night with the glow from the screen on her face. (iStock)
by Anadolu Agency Dec 26, 2019 1:48 pm

With the role of technology in everyday life increasing, addictions, as well as overuse of smart devices, pose a threat to people of all ages mentally and physically, according to a Turkish expert.

"Children in the stages of development face the risk of developing an addiction to technology. It is known to cause developmental disabilities and mental retardation in children," Deniz Unay, a social media specialist, told Anadolu Agency (AA).

He added that one threat of tech overuse is obesity as well as vision and spinal disorders, failure in school and progressive social isolation.

"Since technology is easily accessible today, we should learn how to use it in a way that facilitates our lives rather than being dependent on it," he said, adding that projects like the Erasmus+ "Smart Children of the Digital World" are needed to prevent technology addictions.

Mentioning the Erasmus+ KA 229 project prepared by Zeki Altındağ Primary School in Konya, central Turkey, he said it has been carried out for two years under the name "Golden Children of the Digital Age Project" in Turkey, Malta, Spain and Poland.

Stressing the need to battle tech addiction in every field, he said he has given seminars on the damage caused by social media and smart devices to primary and secondary students across Turkey.

"In addition, we have established direct communication with thousands of students and parents through our efforts at the parent academy. Generally, many families prefer to remain passive, but this situation has serious consequences," he said.

Suggesting that parents should first set aside their own smart devices to be a positive role model, he added: "I want to reiterate a call I've made for years – Parents! TVs, tablets and phones are not your children's babysitters."