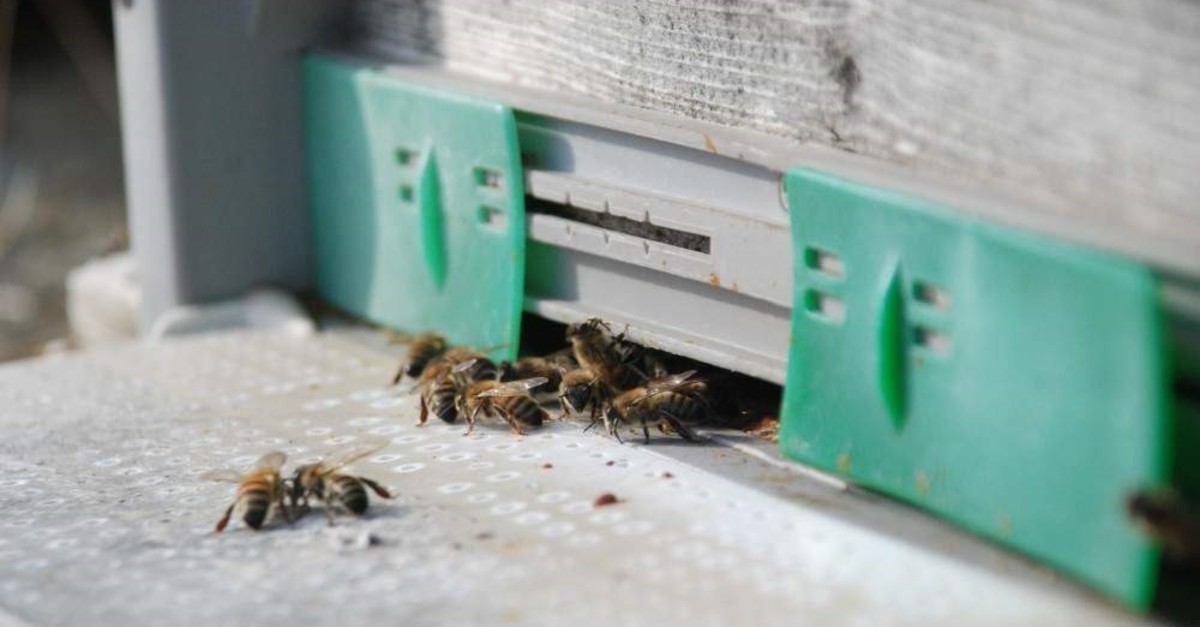 While we know that honey is a delicious natural sweetener, fewer people are aware that it is also one of the oldest known medicinal substances. (IHA Photo)
by Daily Sabah Dec 29, 2019 8:32 pm

With winter months come runny noses, scratchy throats and headaches. Maybe not a cure to all but honey can be used to relieve and prevent many of our little – and sometimes big – aches and illnesses.

There are many remedies made out of honey to ease the raspy throat, especially for children. One version that is a traditional Turkish remedy, which personally helped me. Black radish is carved out, cut off a bit of the lower part (the root) and add a spoonful of honey into the radish bowl. Put that into a glass so that the radish infused honey can drip into it. Drinking that usually helps with throat aches. Doctors warn pregnant or breastfeeding women from consuming this, as it might have negative effects on them.

A second very popular remedy is paring up the honey with another healthy ingredient: lemons! Putting a few lemon slices into a cup of honey not only helps with the throat but with other symptoms of the common cold as well.

Honey itself is considered a good cough suppressant, a study published on "Jama Pediatrics" shows. In the study, parents preferred honey for the symptomatic relief of the children's coughs at night and their difficulty to sleep, which was caused by upper respiratory tract infections.

Cloves are known for their numbing properties so chewing on them when you get a toothache makes sense. But adding honey into the mix makes for a mixture that might prevent infections, which could make the toothaches worse. The traditional remedy recommends adding a few cloves onto a few tablespoons of honey and let it rest in it.

Honey itself does not have any cholesterol and with the vitamins and microelements, it lowers the "bad" cholesterol levels in the blood. Several pieces of research suggest that the so-called "bad" LDL cholesterol can be lowered by 6-11% with the consumption of honey.

The classic: Helping you fall and stay asleep

The reason why people sometimes wake up in the middle of the night might be the lack of glycogen in our brain, the kidneys releasing adrenaline and cortisol making you wake up, studies suggest. As honey contains glycogen it should be consumed before you go to sleep, lowering your adrenaline low and helping you – at least – stay asleep.

Even in ancient Egypt honey was used to seal off wounds and help them heal faster. And with its antimicrobial properties, the wound won't get infected. This is even supported by several studies, researching alternative medicine.

Some scientists even claim that it helps to heal extreme eczema and eliminated dry patches, initiating new skin growth. The best way to help with eczema is to mix the honey with equal parts of ground cinnamon and apply it to the affected areas, they suggest.

While honey has even more benefits than the ones listed here it should be noted that honey is dangerous for children under 1-year-old. But mind you, this content which includes advice provides generic information only. It is in no way a substitute for a qualified medical opinion. Always consult a specialist or your own doctor for more information.