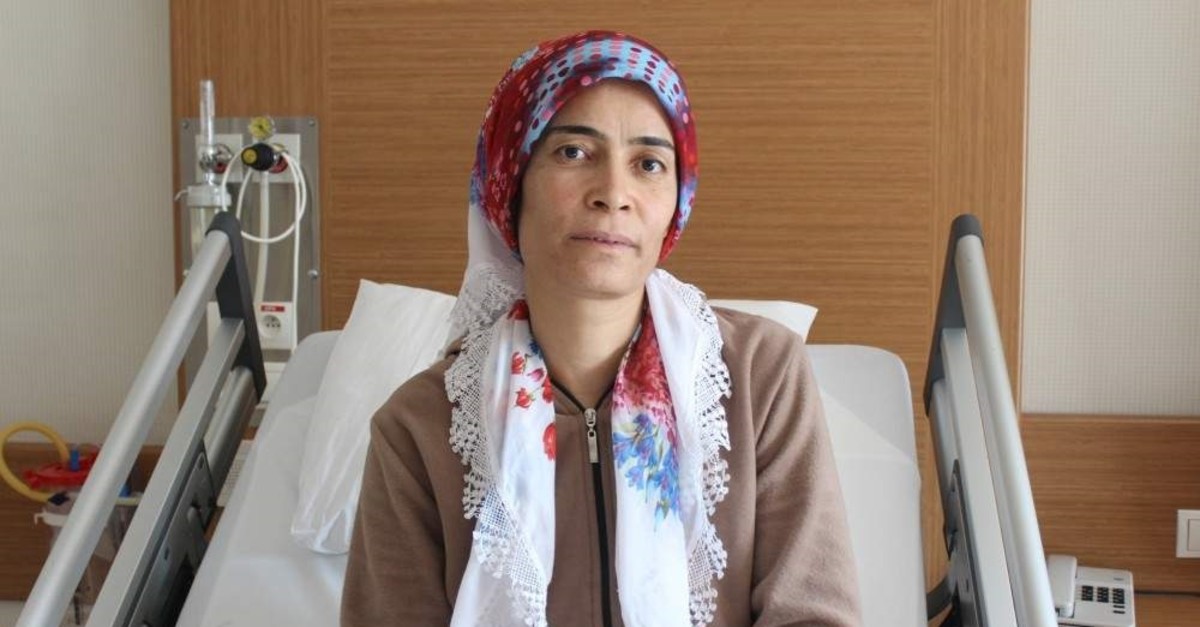 by Daily Sabah with IHA Jan 19, 2020 4:16 pm
Doctors in central Turkey have performed a first in Turkey by operating on both the right and left lungs of a patient in the most minimally invasive way possible.

The video-assisted thoracoscopic surgery (VATS) performed by Dr. Tayfun Kermenli, a thoracic surgery specialist, and his team at Medical Park Hospital in Elazığ was done through a small 4-centimeter incision to the patient's chest wall and enabled them to remove nodules from both lungs in the same operation.

Havva Aytekin, 35, came to central Elazığ province from Diyarbakır in Turkey's southeast after scans of her lungs showed white spots and shadows. After being referred there, her case was taken up by Kermenli, who later said they had achieved a first in Turkish medical history with the surgery and expected the operation to be referred to in medical literature.

The surgeon said Aytekin had pulmonary nodules on her lungs which they attributed to a former yet-unidentified disease.

"The nodules had to be removed for the diagnosis and treatment of the disease. Normally, the procedure requires one operation each for the right and left lungs, one week apart. But we managed to remove the nodules from both the right side and the left through a single incision in one go."

"This way, the patient only had to go under anesthetic just once," he added. "The most important advantage has been that our patient has not suffered any surgical pain. It was a very comfortable operation since no bones were cut and we didn't enter through the bones."

Kermenli said under normal circumstances that the patient would have had to have two separate surgeries, remaining hospitalized for a week or about 10 days. Thanks to the video-assisted surgery the patient was able to leave the hospital in four days, reducing recovery and discharge times.
RELATED TOPICS