Postnatal depression: What about dads? 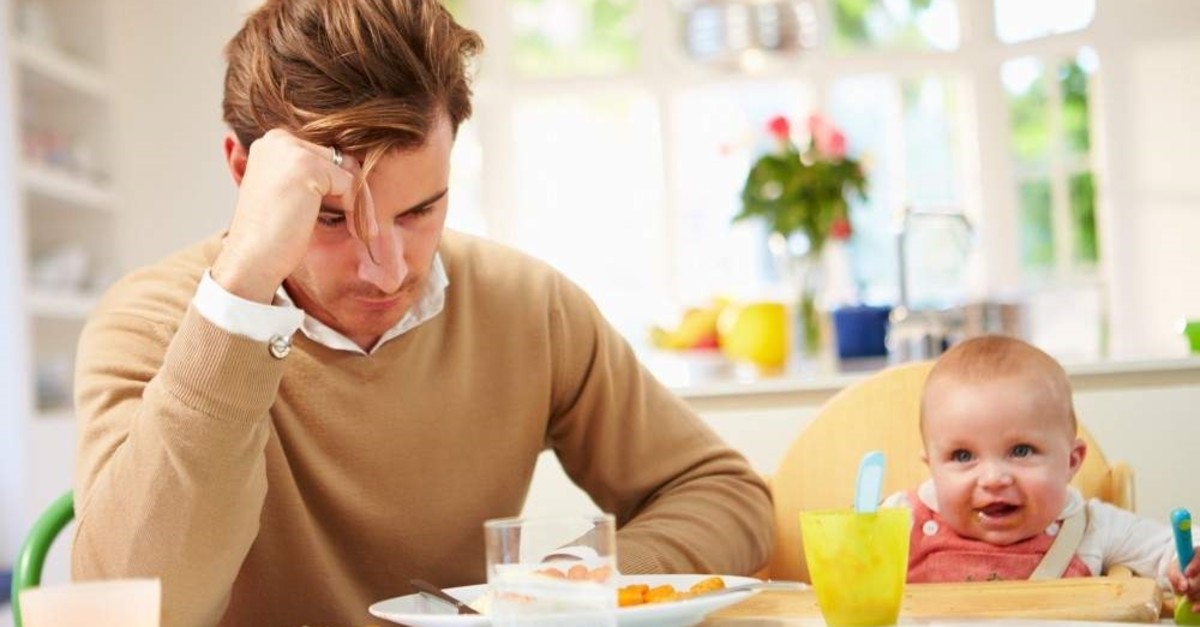 2% to 25% of fathers develop postnatal depression in the year after having a baby, according to statistics. (iStock Photo)
by reuters Jan 27, 2020 1:39 pm

Screening fathers for postpartum depression is as important as screening mothers, researchers argue, and current guidelines don't go far enough in urging doctors to identify new fathers who may be suffering.

A perspectives piece in the journal Pediatrics points out that recent guidelines from the American Academy of Pediatrics (AAP) and the U.S. Preventive Services Task Force (USPSTF) recommend that pediatricians use well-child visits to screen mothers for postpartum depression. However, they hardly mention fathers despite all the evidence emerging in recent decades showing the importance of fathers' mental health to the well-being of their children.

"Depression among new dads is a problem that too often gets overlooked," lead author Tova Walsh, an assistant professor of social work at the University of Wisconsin-Madison, told Reuters Health.

"Although many new dads experience depressive symptoms, few know how to identify the signs or talk about their struggles."

Depression symptoms in fathers in the first year after the birth of a child are considered paternal postpartum depression, Walsh and colleagues write. Past studies have estimated that anywhere from 2% to 25% of fathers are affected. But no clear diagnostic criteria specific to fathers exist, they note.

"Depression often looks different in fathers than in mothers," Walsh said. "In addition to the familiar symptoms of depression such as persistent sadness, loss of interest in previously enjoyable activities and trouble eating and sleeping, men may mask their symptoms by throwing themselves into work or by drinking more."

Fathers with postpartum depression are also less likely than mothers to ask for help, and a lack of awareness about paternal depression could be making it more difficult for them to tackle the problem.

"It is time for the focus on perinatal depression within pediatrics to include fathers too," Walsh said.

The USPSTF recommendations issued in early 2019 focus on interventions to prevent maternal depression, Walsh's team notes. The AAP guidance, also issued this year, acknowledged paternal postpartum depression as a problem but called for pediatricians to screen only mothers during visits in the first, second, fourth and sixth months, and to "consider screening the partner as well" at the six-month visit.

Walsh and colleagues recommend that pediatricians help educate new parents about paternal postpartum depression. They also call for development of better screening tools and say pediatricians should follow-through with referrals to make sure fathers receive treatment as well.

Thomas A. Field, an assistant professor of psychiatry at the Boston University School of Medicine who wasn't involved in the perspective piece, agreed on the need for greater awareness. "You don't see a lot of public marketing or information about male anxiety and depression postpartum," he told Reuters Health in a phone interview.

"Postpartum depression in women used to be highly stigmatized. It's less so now, as the awareness has improved. There needs to be more education to make it normal for fathers to speak about depression," Field said. The perception is that men don't have a very full emotional life, he added.

"What's more accurate is they are actually quite anxious about raising their child right. They don't always express it in ways others perceive as anxiety, instead they come across as being controlling."

Walsh and colleagues say they don't want to diminish the need to identify and respond to maternal depression, but depression in any parent is a risk to the child's well-being.

"We hope the article helps raise awareness that fathers, too, struggle with depression. Family, friends, pediatric providers and the fathers themselves have a critical role in recognizing the symptoms and getting support," Walsh said.