Is a universal cancer treatment on the horizon? New 'killer' T-cell may be the cure 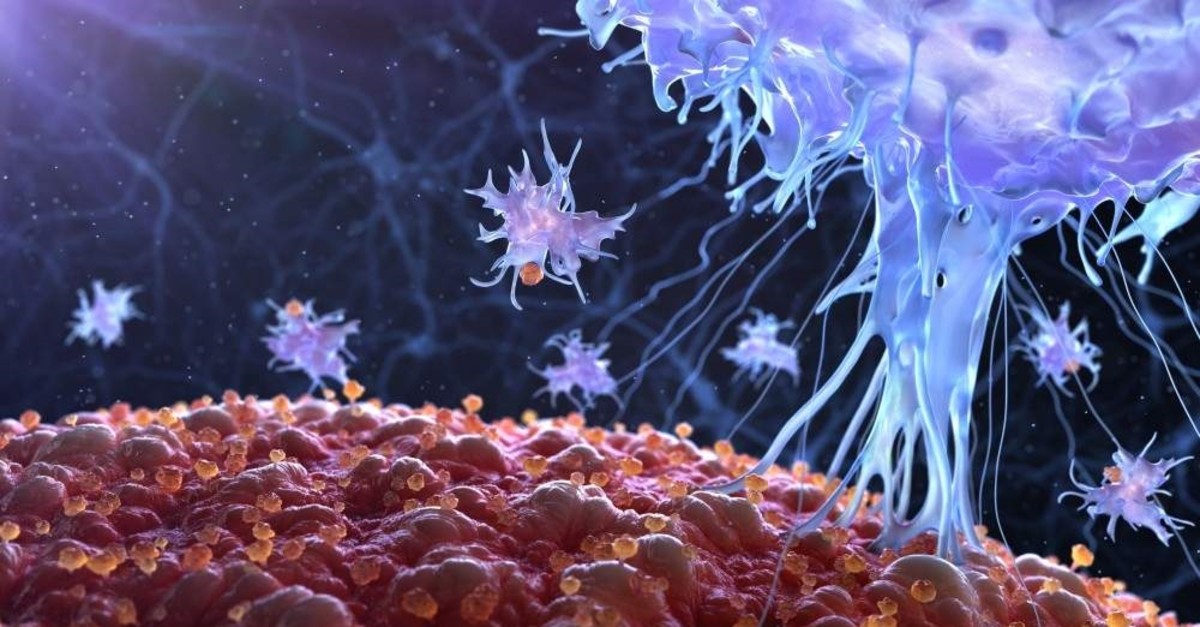 T-cells attack defective or foreign cells in the body, helping us fight off infection and disease. (iStock Photo)
by Anadolu Agency Jan 28, 2020 11:35 am
Oncologists in Turkey are closely monitoring trials of a groundbreaking study that scientists say could lead to a universal cure for cancer.

Researchers at the U.K.'s Cardiff University announced last week the discovery of a new type of T-cell. T-cells are a type of white blood cell essential for the functioning of the immune system. When these cells are activated by coming into contact with defective or foreign cells in the body, they attack them, helping to fight off infection and disease.

According to the university, its researchers have discovered that a new type of T-cell receptor (TCR) able to recognize most cancer types in humans and kill them while ignoring healthy cells.

So far, the Chimeric Antigen Receptor CAR-T cell is effective against certain types of cancer and for the most part, has not been successful, especially for solid tumors. But the latest research discovered that the TCR recognizes a molecule that exists on the surface of various cancer cells and is able to distinguish between cancerous and healthy types.

Cardiff University researchers published the results of the study in the monthly Nature Immunology. The research has not been tested on patients but showed positive results in tests.

Although in its preclinical stage, experts told Anadolu Agency (AA) that the development was optimistic.

"The specialized CAR-T has shown to be effective in treatment, especially on hematologic tumors, but the most important deficiency was its ineffectiveness on solid tumors such as lung, breast and colon cancer types," said Bilici.

"Cardiff University researchers have found a new type of T-cell receptor, which they called MR1. This receptor may treat most types of cancer in a different way," he said, adding that the latest research is likely to direct the cancer treatment.

Dr. Evren Özdemir, also a medical oncologist and professor at Medicana International Hospital in the Turkish capital, said the results of this research would mark a very important step as they held the potential to treat most tumors. However, Özdemir added that this did not appear to be a standard form of treatment and thus further results would be needed.

"The question of how these T-lymphocytes could work in humans is still a matter of curiosity," Can said: "The new treatment involves taking immune cells (T-lymphocytes) from the patient, which are then modified externally, and returned to the patient's blood to fight the cancer cells." He added that this would be effective indiscriminately with all solid tumors.

According to the World Health Organization (WHO), cancer is universally the second leading cause of death. WHO data shows that approximately 9.6 million people died of cancer in 2018. Globally, about one in every six deaths results from cancer. The use of tobacco is one of the biggest risk factors for cancer, leading to around 22% of cancer deaths.
RELATED TOPICS