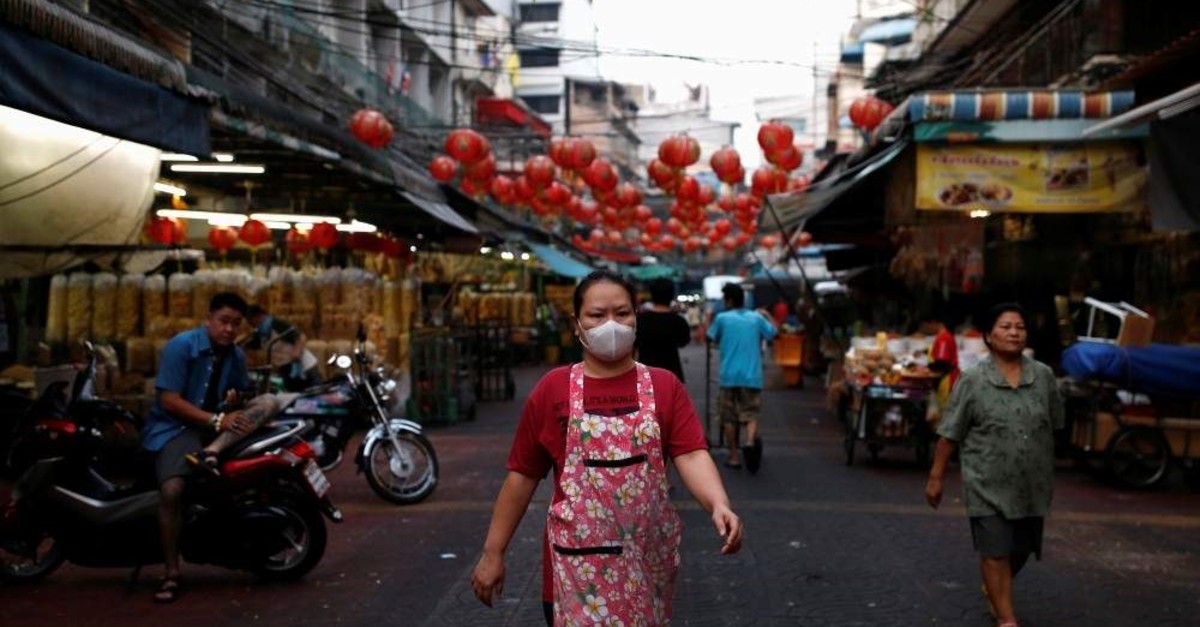 A woman wears a mask to prevent the spread of the new coronavirus as she walks in Chinatown at Bangkok, Thailand February 2, 2020. (Reuters Photo)
by Compiled from Wire Services Feb 02, 2020 10:21 am

A virus similar to the SARS pathogen has infected more than 14,550 people globally, and killed more than 300 people since emerging in a market in the central Chinese city of Wuhan.

China saw a sharp rise in deaths from coronavirus, as official statistics put the number of fatalities at 304, up from 259 a day earlier.

The World Health Organization has declared an international emergency over the outbreak.

Cases confirmed as of Sunday morning in Beijing:

— China: 14,380 cases on the mainland. In addition, Hong Kong has 14 cases and Macao has seven. Most of the 304 deaths have been in central Hubei province, where illnesses from the new type of coronavirus were first detected in December.