A pandemic in the making: Timeline of deadly coronavirus 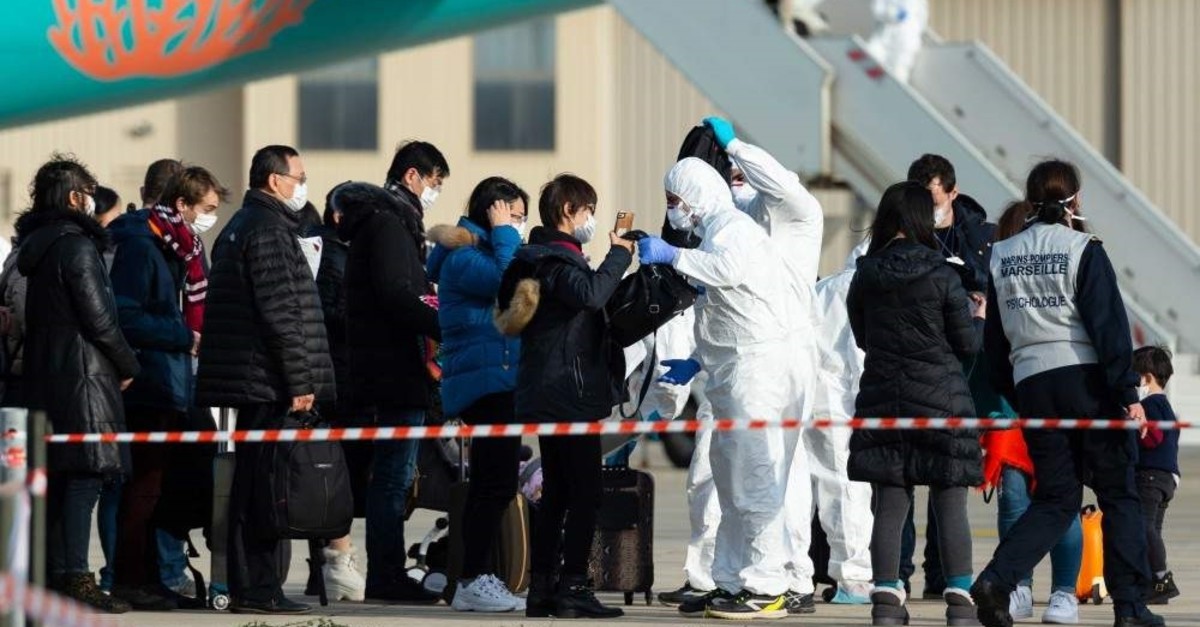 Passengers being checked as they disembark from a plane carrying French citizens flown out of the coronavirus hot-zone in Wuhan, upon their arrival at the Istres-Le Tube Air Base in Istres, southeastern France, Feb. 2, 2020. (AFP Photo)
by Daily Sabah with AFP Feb 04, 2020 1:39 am

As the new coronavirus that emerged in a Chinese market in Wuhan has now spread to 24 countries, people around the globe have begun wondering whether the outbreak will be declared a pandemic, with many countries declaring health emergencies and increasing their readiness levels.

Outside mainland China, there have been more than 150 infections reported in around two dozen places. There has also been one death, in the Philippines. 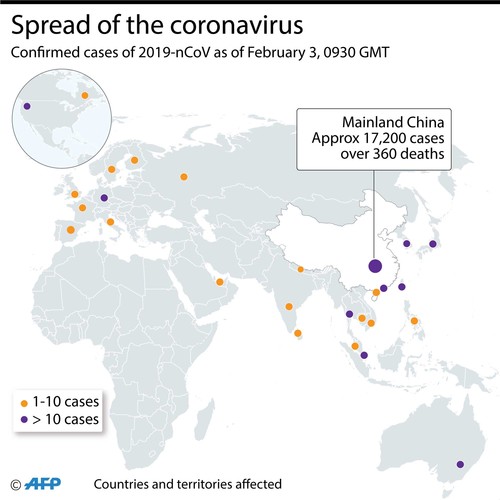 Here is a timeline of the deadly virus that has killed more than 360 people and infected around 17,000 people in China.

On December 31, 2019, China alerts the World Health Organization (WHO) to cases of pneumonia in Wuhan, a central industrial city of 11 million people. Several infections are traced to a Wuhan market which is shut down on January 1.

As infections rise, Chinese officials say on January 7 they have identified a new virus from the coronavirus family. It is named 2019-nCoV.

China announces its first death in Wuhan on January 11.

Two days later, the first case outside China is reported in Thailand, a woman who arrived from Wuhan.

The U.S. is among the first countries to begin screening flights from Wuhan.

By January 20, nearly half of China's provinces are affected, including Beijing, Shanghai and Shenzhen.

The illness can be transmitted between humans, a Chinese infectious disease expert says.

Wuhan is placed under quarantine on January 23, with transport links cut there and in other Hubei province cities, affecting more than 50 million people.

The WHO says the global risk is "high".

On January 24, the first three cases are recorded in Europe, in France.

On January 27, the U.S. and Germany tell their citizens not to travel to China.

On January 28, Germany and Japan announce the first two confirmed instances of human-to-human transmission outside China.

On January 29, the U.S. and Japan become the first of many nations who will start evacuating their citizens from Wuhan.

The first cases appear in the Middle East, in the United Arab Emirates.

Some airlines suspend their China flights, while others reduce their links.

On January 30, Russia shuts its border with China.

The WHO declares an international emergency.

On January 31, as Britain, France and North Korea airlift their nationals, Italy declares a six-month state of emergency.

On February 2, Wenzhou, around 800 kilometers from Wuhan, becomes the second city to be locked down.

The Philippines reports the first coronavirus death outside China – a man from Wuhan, the WHO says.

With the virus expected to impact on economic growth, China says it will pump 1.2 trillion yuan ($173 billion) into the economy.

On February 3, Chinese stocks collapse, with Shanghai plunging more than seven percent on the first day of trading since the holiday.

China accuses Washington of spreading "panic" after it bans foreign nationals from visiting if they have been in China recently, a move followed by other countries and cruise lines.

After the single-biggest number of deaths in one day – 57 – the mortality rate rises to 361, surpassing the 349 mainland deaths incurred from the Severe Acute Respiratory Syndrome (SARS) crisis in 2002-2003.

But with 17,200 confirmed infections, the mortality rate for the new coronavirus is far lower at around 2.1 percent, compared with 9.6 percent for SARS.