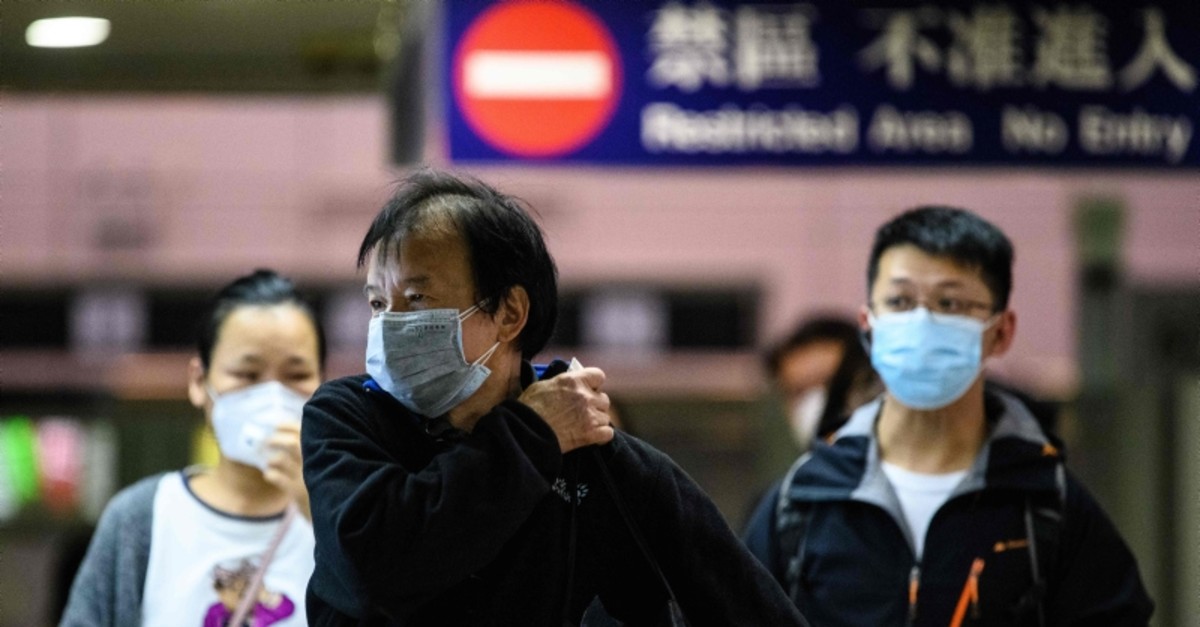 Passengers wear protective face masks as they arrive from Shenzhen to Hong Kong at Lo Wu MTR station, hours before the closing of the Lo Wu border crossing in Hong Kong (AFP Photo)
by Daily Sabah Feb 04, 2020 1:39 am

"We're basically at a pandemic now," Dr. Gregory Poland, head of the Mayo Clinic's Vaccine Research Group, was quoted as saying late Monday regarding the deadly coronavirus, in a piece published by CNBC.

Claiming that the illness should be treated as such, he added that "This is a novel virus for us."

"We don't have any immunity to this, and that's why you tend to see somewhat more severe diseases."

The virus, similar to the SARS pathogen, has infected more than 14,550 people globally, killing more than 300 people since it first struck in a market in the central Chinese city of Wuhan.

China has seen a sharp rise in deaths from the coronavirus, as official statistics put the number of fatalities at 304, up from 259 a day earlier.

The World Health Organization has declared an international emergency over the outbreak.