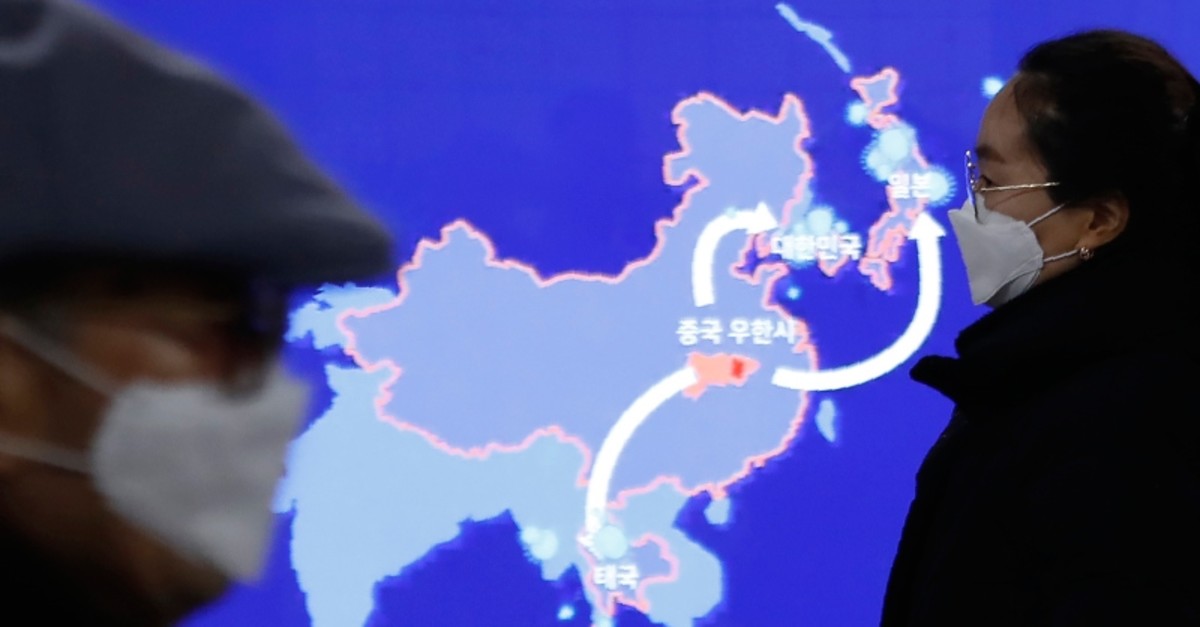 Coronavirus, with its new official name COVID-19, may affect up to two-thirds of world population, Bloomberg reported in a piece late Thursday citing a specialist working for the World Health Organization (WHO).

According to the website, WHO adviser Ira Longini, who tracked studies of the virus's transmissibility in China, said that "Isolating cases and quarantining contacts is not going to stop this virus."

Unless the transmissibility changes, surveillance and containment can only work so well," he was quoted as saying.

According to his remarks to Bloomberg, Gabriel Leung, a public health professor at the University of Hong Kong, is on the same page with Longini.

The scientist also warned that close to two-thirds of the world could catch the virus "if it is left unchecked."

A day after a reported decline, China's official death toll from the new coronavirus spiked dramatically earlier on the same day while Singapore reported its biggest daily jump in coronavirus cases, fueling concern that the epidemic is far worse than being reported.

Amid a sudden jump in the number of deaths caused by the novel coronavirus in China, 242 new deaths were reported in Hubei and its capital Wuhan, where tens of millions of people are trapped as part of an unprecedented quarantine effort.

Another 14,840 people were confirmed to be infected in Hubei alone, with the new cases and deaths topping by far the biggest one-day increases since the crisis began. Outside Hubei, there were 12 more deaths but the number of new cases fell for a ninth day in a row, with 312 extra patients.

In addition to the growing number of coronavirus cases, a troubling new front opened abroad as neighboring Vietnam placed 10,000 people under quarantine after six COVID-19 cases were discovered in a cluster of villages, the first of such a lockdown overseas.

Japan also saw its first death of an infected person on Thursday, a woman in her 80s, according to the country's health minister, making it the third death outside mainland China after the Philippines and Hong Kong as fears of the spreading disease mount. Health Minister Katsunobu Kato also confirmed two other cases of the virus, a Tokyo taxi driver in his 70s and a doctor in his 50s who works at a hospital in western Japan.