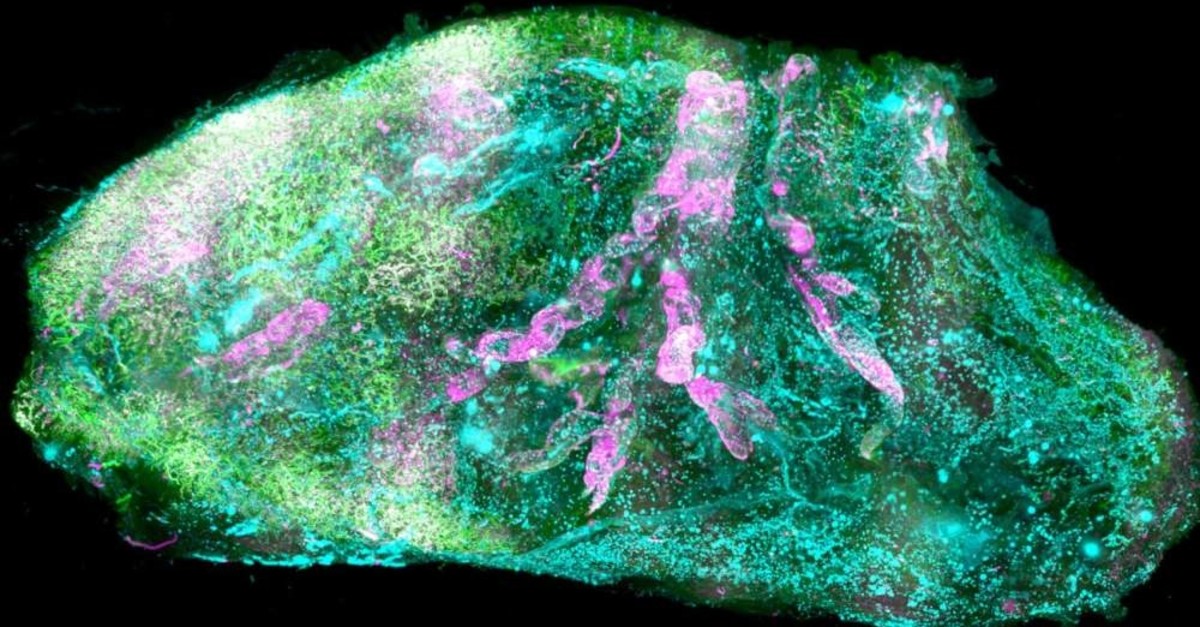 Thanks to SHANEL, condensed light can travel end to end in a transparent human kidney. (DHA Photo)
by Daily Sabah with Wires Feb 18, 2020 1:39 pm

A Turkish doctor and his 15-member team have managed to render transparent 3D models of the human eye and kidney in what the scientific community heralds as an important development in organ production, the fight against cancer and even the mapping of the brain.

Genetics and neuroscience specialist Dr. Ali Ertürk, the director of the Institute for Tissue Engineering and Regenerative Medicine at Helmholtz Zentrum München and also principal investigator at the Institute for Stroke and Dementia Research at Ludwig Maximilian University's hospital, talked about their pioneering project in which they used microscopic imaging technology to reveal underlying complex structures of human organs by making them see-through. Their findings were published in the scientific journal Cell on Feb. 13. 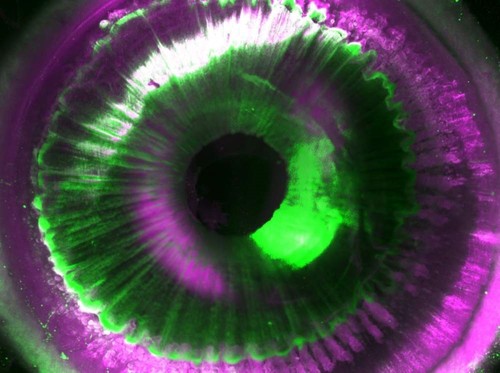 As part of the final stage of their project, Ertürk said they developed a new technology called SHANEL (Small-micelle-mediated HumAN organ Efficient clearing and Labeling) which is essentially a 3D laser microscope that can scan large tissues. Up until now, scientists had only managed to obtain cellular views of intact mouse organs in 3D. The chemicals used to turn mouse organs see-through did not work on human parts because of the accumulation of insoluble molecules including collagen over many years. After many trials, the team discovered CHAPS, a detergent that could seep into thick human organs and turn them transparent.

"We started these studies three years ago. In order to make 3D maps of these organs at a cellular level, we first had to make them visible under a laser microscope. Last year, we succeeded in making organs donated from cadavers transparent with various chemical solutions, as if turning milk into water," Demirören News Agency (DHA) quoted Ertürk as saying. 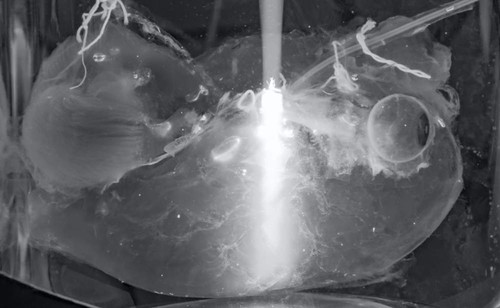 "We also developed an artificial intelligence algorithm that reduces the analysis of millions of images that we have obtained from the microscope, which would normally take humans centuries to analyze, down to just a few hours. Thus, for the first time in the world, we were able to make a 3D map of the human kidney and eye at the cellular level," he added.

The method could become a key technology for mapping intact human organs in the near future and hence "dramatically accelerate our understanding of organs such as the brain, their development and function in health and disease," explained Ertürk.

He said they believe that Shanel can help map the human brain at a molecular level and produce artificial human organs at a cellular level thanks to the 3D-bioprinting technology. Ertürk said they are currently working on mapping major organs such as the heart, kidney and pancreas.

"There is a huge shortage of organ donors for hundreds of thousands of people. The waiting time for patients and the transplantation costs are a real burden. Detailed knowledge about the cellular structure of human organs brings us an important step closer to creating functional organs artificially on demand," the biotech specialist said in a press release.