Photos of archaeological excavations from Marmaray project go on display 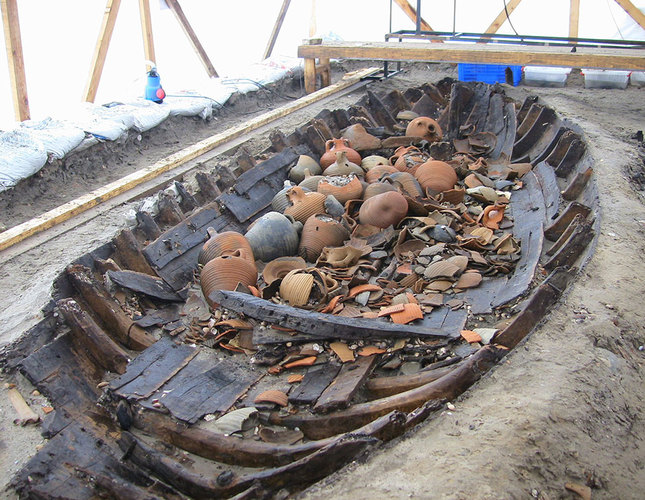 by Daily Sabah Dec 22, 2014 12:00 am
The Austrian St. George Hospital in the Beyoğlu district is home to the 8,500-year-old history of Istanbul with a photography exhibition, "Geçmişin İzleri ve İstanbul: Marmaray Yenikapı, Üsküdar ve Sirkeci Kazıları" (The Traces of the Past and Istanbul: the Excavations of Marmaray Yenikapı, Üsküdar and Sirkeci), which kicked off on last Thursday.

The archeological excavations prompted by the Marmaray project and certain other metro projects, revealed a number of artifacts dating back to different ancient periods. Visitors have the chance to see the photos of 37 ships believed to be constructed between the fifth and 11th centuries and the Harbor of Theodosius, one of the significant ports of the early Byzantine Era, which was brought to life in the Yenikapı district.

Spread across 58,000 square meters, the excavations also unearthed amphorae, pottery pieces, human and animal skulls, the ruins of a church and a few workshops from the late Ottoman period. Aside from these, archaeologists found footprints and layers going back to 8,000 years, presumably to the Neolithic Age. The excavations that commenced in 2004 took almost 10 years in the Sirkeci, Üsküdar and Yenikapı districts under the commission of the Istanbul Archaeological Museum.

With contributions by the Austrian Consulate General Culture Office, the exhibition will be open until Feb. 15, except Sundays.