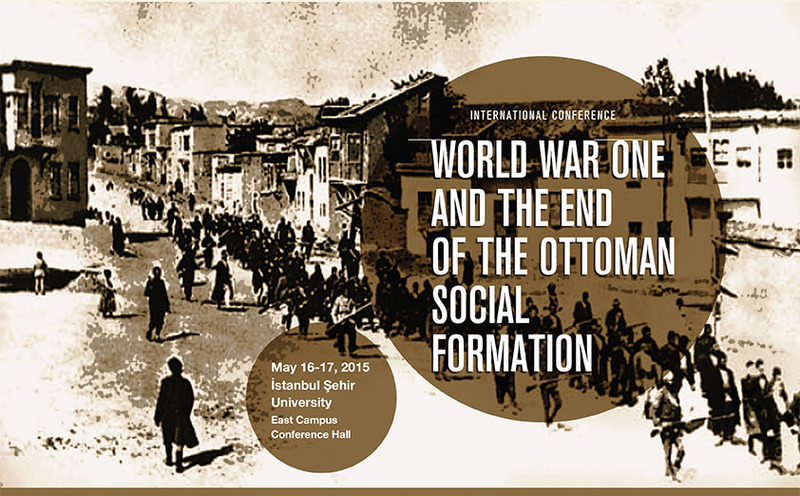 by Daily Sabah May 13, 2015 12:00 am
Two Istanbul universities will hold an international conference to mark the centenary of World War I and its devastating effects on multicultural Ottoman society.

Jointly organized by Istanbul Medeniyet University and Istanbul Şehir University, the conference titled "World War One and the End of the Ottoman Social Formation" will be held on May 16-17 at Şehir University's Eastern Campus in Altunizade district on the Anatolian side.

The conference will include six panels and fifteen participants from the United Kingdom, Germany, USA, France, Greece and Turkey.
"During World War I, Ottoman society underwent fundamental changes that lead to the end to what had been a politically, religiously and ethnically, very diverse social formation" conference organizer M. Talha Çiçek from Istanbul Medeniyet University said.

"All too often, the destruction of the Ottoman social formation is exclusively discussed within the parameters of national histories. Such approaches tend to neglect those aspects that do not lend themselves to legitimize national aspirations and past policies. This conference will go beyond the limits of national histories. It will present the experiences of the various communities in their own right and point to interdependencies and the contradictory nature of many policies".

The traumatic experiences of the different social, political, ethnic, and religious groups like Arabs, Armenians, Greeks and Kurds during the disintegration period of Ottoman Empire will be the focus of the conference, which aims to go beyond the national historic context.