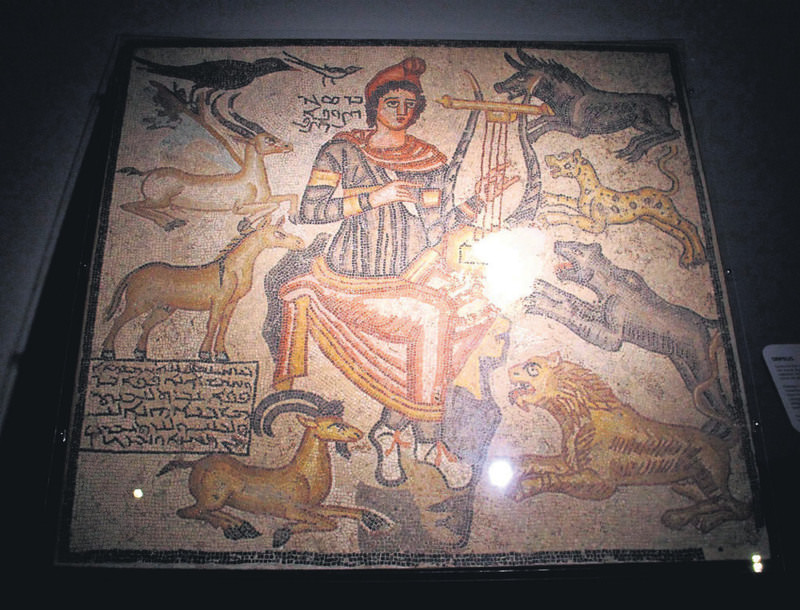 Known as the earliest Edessa mosaic, the 'Orpheus mosaic', which returned from the Dallas Museum of Art in the U.S in 2012, will be on display in the Haleplibahu00e7e Museum.
by Daily Sabah with AA May 21, 2015 12:00 am

Featuring 10,000 artifacts, including 1,500 from the Neolithic Age, the Haleplibahçe Museum Complex will open this weekend and offer visitors a chance to get closer to history

The museum will have a great number of artifacts belonging to the Neolithic Age.lex in Şanlıurfa, which will be the biggest museum in Turkey with its archaeology and mosaic museums, as well as its archaeopark, is preparing to open its doors to visitors with a ceremony on this weekend that will be overseen by President Recep Tayyip Erdoğan. 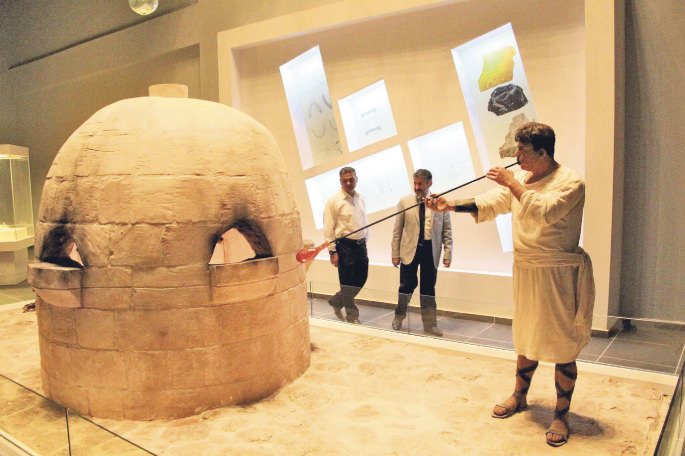 Characterized as the biggest indoor museum, the complex will offer visitors a chance to get close to history. Built over a 20-hectare area near Balıklıgöl, the museum will allow visitors to experience history with 10,000 artifacts that will be displayed chronologically, as well as visual animations of the ancient and historical periods. The museum, which includes hundreds of carved stones with human and animal figures as well as tombs and epitaphs, is scheduled to open this weekend. 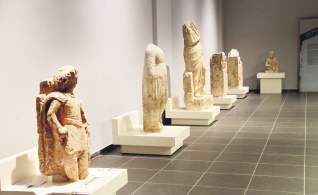 In his statement to an Anadolu Agency correspondent, Şanlıurfa Museum Director Müslüm Ercan said the complex would be the biggest museum in Turkey. He also named the great number of artifacts belonging to the Neolithic Age, which includes Göbeklitepe as a hallmark that makes the complex different from other museums in Turkey. "The museum is enriched with Neolithic Age artifacts. Art lovers all around the world who are interested in this age will have to come to our museum in Şanlıurfa. We will display 10,000 artifacts including 1,500 artifacts belonging to Neolithic Age. I can easily say that this is above Turkish standards," he said. 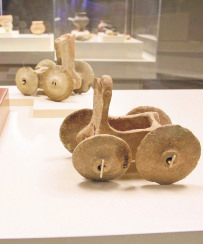 Stating that the museum also features 20 animations to provide visitors a better understanding of which artifact belongs to which period, Ercan said the complex would outdo many museums in Turkey.

Ercan pointed out that the complex, located in Şanlıurfa, also known as the City of Prophets, has a section dedicated to Prophet Abraham and said visitors will be able to watch 360 degree video screening that was prepared by 12 projectors on the life of Abraham on their way out. He stressed that there will be an increase in the number of tourists visiting the city once the museum is open and continued, "When visitors complete a tour in the complex, they will walk for 4.5 kilometers. This is a huge number. This museum is home to more animations than any other museum in Turkey." He claimed that the museum might be one of the most understandable museums because of its animations. "With its archaeopark, mosaics and archaeology museums, the complex will be a very important venue. Mosaics featured in the museum are one of the biggest values of our complex. Moreover, as they will be displayed in their own place, it makes them even more valuable," he said adding that the archaeopark within the complex will be open in the second term.

On the other hand, Justice and Development Party (AK Party) deputy Nureddin Nebati toured and inspected the Haleplibahçe Museum Complex. He also acquired information from the museum director, Ercan. Nebati reminded the press that he previously toured the museum while it was still under construction and said he felt like he visited a time 12,000 years ago and traveled back to the present day while he was touring the museum complex.

He said people need to spare a lot of time to tour the museum and went on, "There are very few imitations in the museum; everything is original. The archaeology museum covers a 31,000-square-meter area while the mosaics museum covers a 6,000-square-meter area. One can observe 12,000 years while touring the museum. We are here with the mosaics made by the Romans in the middle of Şanlıurfa. Their narration and presentation is incredible."

Nebati said that people who will visit the museum will take a tour into history and thanked everybody who helped with the complex's construction.

He stressed that Şanlıurfa is a center of attraction and a city where visitors can find something for themselves saying, "Many Western museum lovers want to make reservations and visit the museum. They are looking forward to the opening of the complex."
Last Update: May 21, 2015 9:31 pm
RELATED TOPICS