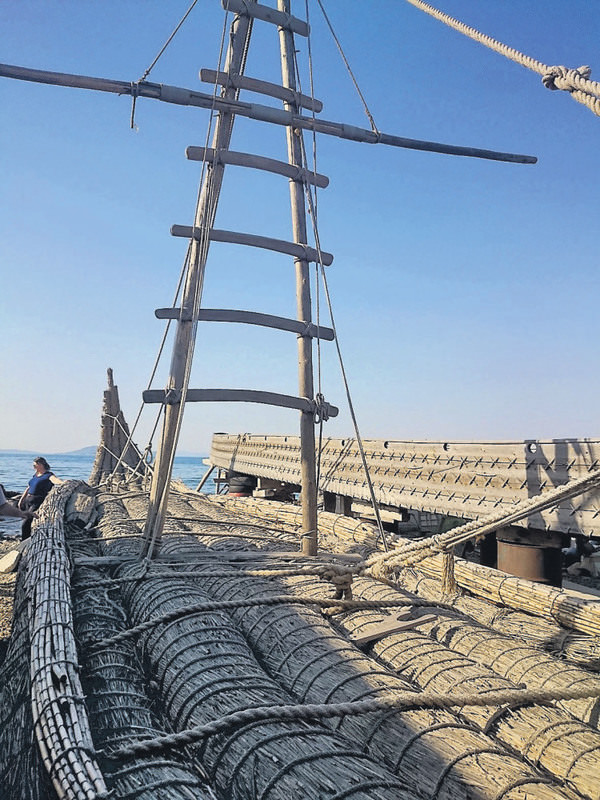 by Jun 09, 2015 12:00 am
As a part of a project initiated by Ankara University, a two-millennium-old Roman-era harbor will be rebuilt in Urla, one of the oldest coastal towns on the Aegean coast. The boats, loaders and stores that were used by the Romans will be reproduced according to their original designs. Following the construction, visitors to the harbor will be able to take a trip on Roman boats. Professor Hayat Erkanal, the founder of Ankara University's Underwater Archaeology Research and Application Center (ANKÜSAM) and head of the Limantepe excavation project, said, "This project is the first of its kind in the world. We have already begun producing the boats. We will begin detailed construction work within a year."

The project, which will be built over an area assigned by the Urla Municipality, will feature storage rooms where the Romans stored their goods and at least two Roman-era boats. Although the archaeologists discovered that there was a church near the harbor, Erkanal said that they will not rebuild the church, as it did not belong to the specific Roman-era time period of the harbor. The aim of both the archaeologists from Ankara University and the municipality is to keep the harbor's memory alive with tours intended for local and foreign tourists.

Ankara University Chancellor Erkan İbiş said the reconstruction of the harbor is a touchstone of Turkey's tourism. Stressing that they will re-animate the Roman–era harbor exactly as it was, he said: "Ankara University has always valued culture and culture-related projects. Here, we will mirror the same harbor that was established by the Romans 2,000 years ago. All the tools, boats, loaders and stores will be rebuilt, remaining faithful to their originals. This is a very important project for Ankara University as well as for Turkish tourism."

Urla Municipality Mayor Sibel Uyar said: "It is very important for us to work hand in hand with Ankara University. We are ready to take every necessary step to contribute to Turkey's culture and tourism."
RELATED TOPICS